If you fancy a cup of coffee and a chat about anything West Ealing you’re very welcome to join us for a coffee this Saturday morning at Silva Cafe anytime between 11.30 and 12.30.  The plans for a 60-bedroom hotel are likely to come up along with other changes and developments along the high street. If there’s anything you want to ask or need help with just drop in – we’d love to see you.

Building a 60-bedroom hotel on the corner of Melbourne Ave and the Uxbridge Road looks almost certain to mean that some of the traders there – flower stall, card stall – will have to move. The plans for the hotel show a floor to ceiling glass window going part way along the Melbourne Ave side of the hotel. As a result, the traders are fearful of their future. Where will they be moved to? There doesn’t look to be enough room on the hairdresser’s side of the road for them all to fit in. As a result, they have started up a petition against the planned hotel and you can easily find it at the flower stall.

West Ealing Neighbours is considering its response to the planned hotel.  We recognise that this site needs redevelopment of some sort as it’s a bit of an eyesore but is this the best option for the high street? The sort of questions we are concerned about include: 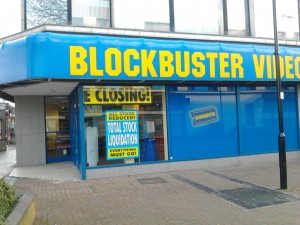 Sadly, the reprieve for the West Ealing Blockbusters has been short. There is a large Closing Down sign now on their window. I’m sorry for everyone who works there and for the loss of what appears to be a profitable branch. It will leave a hole on our high street and it’s a challenge for us as a residents group and others to find a way to bring this part of West Ealing back to life.

Even if you’ve avoided facebook up to now, it might be worth joining just for WEN Facebook which is now romping along with 148 members. I’m a recent convert thanks to others posting in a way which engages me (especially Tony Luckhurst our butcher who was on The One Show talking about horsemeat the other day and was very enlightening).

It’s a bit like local radio where you can chip in in passing, with either a comment to an existing post, or put in your own post about your own event, activities, queries. You can be funny, whimsical, serious, as brief as you like, add pictures/videos, link to other interesting websites; you can be personal or talk about things to do with our town. Think ‘neighbours chatting over garden fence or in the pub or high street’.

You do need to sign yourself up with your own page first (here: http://www.facebook.com/) and then ask to join the WEN Facebook. But you don’t have to accept all or any friend requests or become active within your own page if you don’t want to.

Here are some good guides: http://digitalunite.com/guides/social-networking-blogs/facebook .

Hope to encounter you there soon – and here’s hoping we make it to 500. 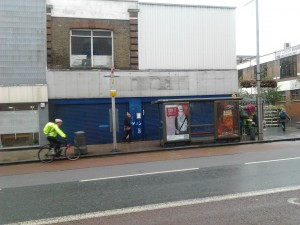 A planning application has been lodged to redevelop the eastern corner at the Uxbridge Road end of Melbourne Avenue. The proposed site covers the area from Luckhurst’s the butchers up to the Uxbridge Road and then above the currently empty corner site and above the new Brighthouse store. The existing first floor will be retained and two new storeys added. All the existing ground floor retail units will be retained, including the new Betfred betting shop which has an agreement to take the corner unit. 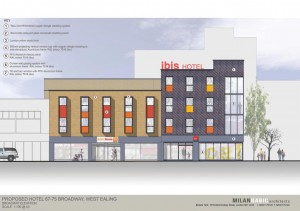 There is a host of documents online about this application and I have only managed to skim them so far. There is some confusion in the documents as the official application is for a 60-bedroom Easy Hotel though at least one of the documents refers to a 70-bedroom Ibis Hotel. I can only assume the latter is an earlier version.

Easy Hotels are a franchise operation and are part of Stelios Haji-Ioannou’s business empire and, from their website, they offer hotel rooms from around £35 a night.

It’s quite extraordinary that after years of having hardly any hotels, Ealing and West Ealing now have a brand new Premier Inn and Travelodge within yards of one another plus the newly converted Drayton Court Hotel,the boutique Hotel Xanadu in Bond Street and the Best Western Maitrise Hotel in West Ealing. Is it all down to the likely impact of Crossrail?

I’m puzzled why such a major development for West Ealing has been delegated to officers for a decision rather than going to committee. This could be a very significant change for the centre of West Ealing. It may mean hotel supplies being delivered along Canberra Road and across Melbourne Ave. There is also no parking provision for hotel guests. A thriving hotel in the heart of West Ealing may well make a significant contribution to the local economy and help improve our high street. Even so, to my mind, this is a major development and ought to go to the full committee for a decision.

If you want to comment on this application you can do so online  and the closing date is 22nd February. 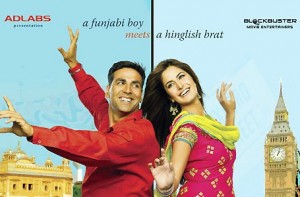 Bollywood and London: how popular Hindi cinema views London and its inhabitants.  Another talk in the series by Angela Ayton