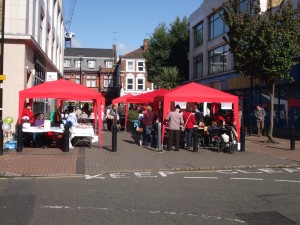 Why not start your Christmas shopping a little early this year and come along to the craft market in St James Avenue. There will be a wide selection of goods and gifts on sale, including some from our Abundance project. You can get in early for our new season jams, chutneys and jellies as well as local apple juice.

Saturday 2nd November in St James Avenue from 10am – 3pm 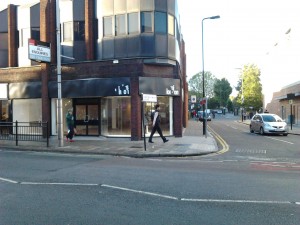 I’ve been wondering what was happening to the old Miss London shop which has been empty for months. It occupies a prime site on the corner of the Uxbridge Road and Singapore Road. Now I know, it’s going to be a 97p shop and will sell alcohol along with its many other products.

We seem to be battling against a tide of betting shops, money lending shops and 99p or, in this case, 97p shops.  The West Ealing shopping centre needs a balance so that our high street isn’t simply defined by budget shopping.  Otherwise, a whole swathe of local residents have little reason to shop locally and their money goes out of the local economy. We need to find a way to strike a balance and I just don’t think it can be just left to market forces. 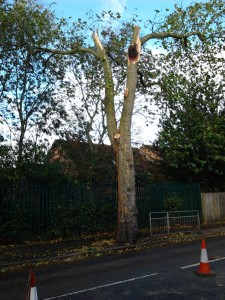 It doesn’t look that this morning’s storm was anywhere as near as devastating as the 1987 one but there has definitely been some damage.  Northfield Ave was blocked first thing this morning by a large branch and buses stacked up at The Lido unable to head south. The tree clearing team said they were on their way to a call out when their path was blocked so tbey got out and cleared it. 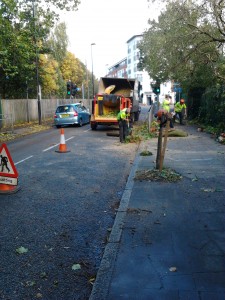 WHO ARE WE
With a team offering over 10 years industry experience in community and elite multi-sports, Motiv8sf provides a safe and structured positive learning environment at EVERY session.
OUR COACHES
All our Coaches are CRB cleared with Child Protection and First Aid Certification as well as having the relevant experience and qualifications.
PARTIES
We ALSO cater for both boys and girls birthday parties as well as mixed ability groups. Ages covered are from 5 years and upwards

We had a pleading message left on our phone from the apple pressers at Chiltern Ridge asking us to come and collect our (second batch of) Abundance apple juice. They are so busy this year pressing apples that they are running out of room to store all the bottles of juice. So a hastily arranged drive yesterday morning and we collected 79 bottles and then ended up driving back through the pouring rain and a hailstorm. No matter, we now have it and will get it labelled ready for sale. We tried some this morning and it’s fruity and dry – very pleasant indeed.

As well as apple juice we have damson jam all bottled up and looking a glorious deep red. I think damsons, along with blackcurrants, have one of the most intense of fruit flavours. So this jam should be something to savour.

There are pears picked and ready for our ever-popular pear and ginger chutney and quinces ready for …… well maybe a chutney to go with curries a bit like mango chutney. We shall see.

If you want any of our Abundance products please email wenabundance@gmail.com for details. 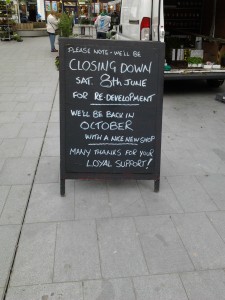 Just an update that obviously the planned building works are taking longer than expected.

I wanted to reassure customers that we are still committed to returning to Melbourne Ave but this won’t be until the new year.
Sorry for any inconvenience. Thanks for your patience but this is very frustrating for us too.

Any enquiries 07831 510106 or email butcher@luckhurst.org.uk
We have a facebook page too.
Many Thanks, Tony Luckhurst 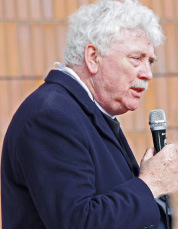 Congratulations Eric!  Eric Leach, WEN vice chair and chair of the West Ealing Centre Neighbourhood Forum, has been nominated Neighbourhood Planning Champion by the Department for Communities and Local Government. Eric’s role will be to spread the word about the Localism Act which has given powers to local neighbourhoods.

“There is a genuine neighbourhood planning movement occurring with more than 500 communities already using these powers and many hundreds more taking steps to make use of this important new right.  ”We’ve seen a great start but I want to see many more communities making sure they make the most out of neighbourhood planning.  This funding will help councils support plans around the country and help turn communities’ aspirations for their area into reality.”

Eric has lived in West Ealing for over 30 years and describes himself as a ‘blunt speaking and enthusiastic Lancashire man’ with a vision to make the area a better place for residents, traders and visitors alike.

He worked for many years within the voluntary sector and joined West Ealing Neighbours (WEN) in 2006.

Eric says of his new position:

”I think that I have been given the role as I have attended more of the Government neighbourhood planning meetings than anyone else! Seriously though I found out at a Government meeting this week that our Local Planning Authority nominated me.

”Presumably it’s in recognition for the work I’ve done and am doing in setting up the Neighbourhood Forum in West Ealing centre and to a lesser extent in central Ealing.

”I have also been helping neighbourhood planning initiatives in Hanwell and in Acton. The new role will extend to responding to other requests for neighbourhhod planning help and advice in and around London, which I’m happy to do if I have the time’.

With thanks to Ealing Today

OPENShop, OPEN Ealing’s current performance and exhibition space in West Ealing, is turning into a.. er.. shop, of all things, for just five days.

From  Saturday 19th to Wednesday 23rd October OPEN is hosting a sale of limited edition printed artworks by acclaimed designer Danny Flynn.  Flynn has previously exhibited at Tate Modern and the Whitechapel Gallery.   On sale will be a range of prints from £250 to £2.50, including limited edition large prints of Keith Richards, Kylie Minogue, John Lee Hooker, Nick Cave and more.  Also on sale will be bags, T-shirts, beer mats, greetings cards and bookmarks.

Come along for the chance to buy an early Christmas present or two, or just to view. OPENShop is at 13, Drayton Green Road, W13, and will be open from 11am to 6pm each day.  Cash or cheques only please

We managed to find some money from the SoundBite Festival budget to re-plant this flowerbed in Melbourne Ave to brighten up the area. All was well for a few weeks but one plant was stolen last week and then more plants have been stolen two nights in a row this week. Lots of people have said how much they enjoy the splash of colour and sit down for a few minutes to enjoy the flowers.

To try to deter further plants thefts I’ve put up this notice in the flowerbed: 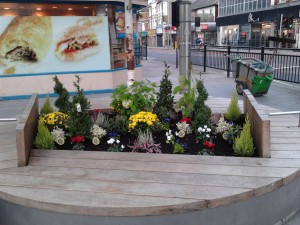 The plants in this flowerbed have been paid for by local residents and we hope you enjoy this splash of colour that brightens up the street. Our thanks to Jeff’s Flowers for doing the planting and looking after the flowerbed for all of us to enjoy. Lots of people have told us how much better the street looks with this colourful flowerbed.

Sadly, we have had some plants stolen over the last few days. These plants don’t belong to Ealing Council but to the local residents. If many more get stolen all that will be left to look at will be a bare patch of earth.

And be aware that there is a CCTV camera right next to this flowerbed!

Ealing fire station is celebrating its 80th birthday on Saturday! Everyone is invited to come and celebrate with firefighters on the station’s forecourt, where a vintage fire engine will be on display along with some memorabilia from the station’s long history. Firefighters will also be on hand to give out fire safety advice and rumour has it there may also be some cake…!

The anniversary celebrations take place on Sat 12 Oct from 12-3pm at the fire station, which is at 60-64 Uxbridge Road, W13 8RA. All ages welcome.

Thanks to Leila Molaei for this information