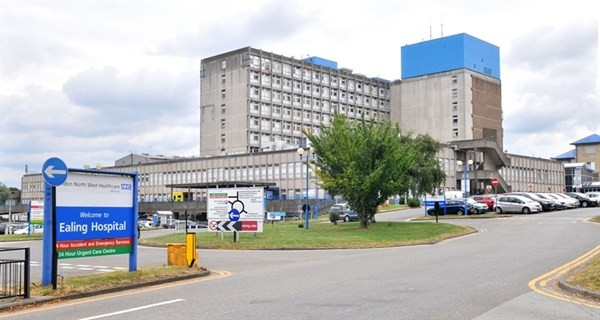 A Freedom of Information (FOI) reply has revealed plans to create a 50 bed frailty/elderly unit within refurbished parts of the closed down EDGH. The FOI reply document arrived on 21 February 2018. The FOI planning document is dated 16 June 2017. This document has the snappy title of ‘Client section (call-off) of a PSCP from the Procure 22 Framework: Information Pack for SaHF/STP Implementation Programme for London North West Healthcare NHS Trust’. Some eight months later I can’t believe there isn’t a more recent version of the document.

Rather confusingly the frailty/elderly residential unit for 50 people is called ‘Ealing Local Hospital’ (ELH). The 2012 NHS North West London ‘Shaping a Healthier Future’ (SaHF) changes never envisioned a ‘Local Hospital’ offering in-patient beds. Apparently the writing of the detailed/full business case for closing the 327 bedded EDGH and creating the 50 bedded ELH will commence in March 2018. ‘External approval’ of this business case is not expected until December 2019. These dates should be taken with a pinch of salt as they are eight months old, the overall SaHF business case was rejected by NHS Improvement and NHS England in November 2017 and NHS bosses are famous for creating schedule dates that are never met.

What will be housed in this ELH is still not set in stone. An Urgent Care Centre is likely to remain and to this will be added a range of day care, outpatients, diagnostic, therapy and maybe mental health services. However what is clear is that there will be no ‘traditional’ A&E services, no intensive care services, no operating theatres and no ambulances will ever deliver seriously injured or chronically sick Ealing residents to the ELH. One of the two 25 bed ‘Intermediate Care’ wards at Clayponds in South Ealing will close and effectively move to ELH.

Seemingly there will be no new build on the EDGH site. So any grandiose plans that might once have existed for a new ELH are no more. It’s all now about ‘refurbishment’ of the ‘light’, ‘heavy’ or ‘major’ flavour. London Borough of Ealing (LBE) planning permission may not be needed for this re-purposing.

There’s only one explicit mention of demolition on the EDGH site, with no spatial details provided. If it’s going to be all refurbishing and repurposing, this may result in no or limited land release for housing. LBE may be disappointed by this and may lose some interest in the site as it careers headlong into meeting Mayor Khan’s target of 28,000 new homes in Ealing by 2029.

The date for the closure of EDGH is by no means clear. Maybe one could reasonably surmise that the EDGH closure process began in July 2015 with the closure of Maternity services at the hospital. The opening date of the ELH is also far from clear. It’s December 2023 on page 3 and June 2025 on page 9 of the document.