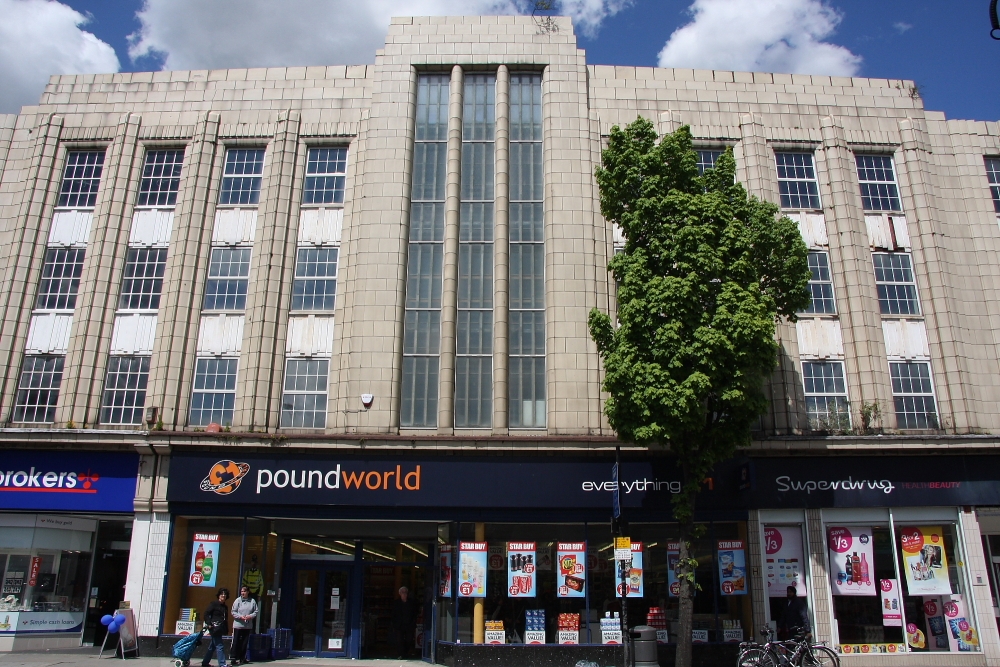 There were over 300 objections to A2Dominion’s proposal.  However, by the rules of the planning committee only one objector from the public  is allowed to speak at the meeting – and I assume only one speaker in favour.  Speakers are given three minutes to make their case. This is the argument I put forward:

‘Good evening councillors. I am David Highton chair of West Ealing Neighbours a residents group for the area.  I would like to make just three points – loss of art deco façade, its height and its design.

I am sorry you were not able to see the façade of this building when you visited the site on Saturday. However, I hope you will all have been able to see a photo of it as it looked before it was covered by scaffolding.

This art-deco façade on what was once a Woolworth’s store is the most recognisable architectural feature of West Ealing. It is much loved by many local residents, so much so that 1172 signed a petition to save it. I have a copy of it here. Most signatories live within the borough and many live in West Ealing.

Whilst the façade may not have been well looked after, it has not been irreparably damaged by neglect. West Ealing Neighbours commissioned an independent expert, Stand Consulting Engineers, to carry out a survey of the physical state of the façade. Their report concluded ‘ our view is that the damage to the cladding and structure (which is the façade) can be addressed by standard conservation-based repairs. We did not see any signs of structural issues to justify the demolition of the building’. I should at this point thank A2Dominion for allowing our expert to visit the site.

Each new developer in West Ealing from the hotel opposite to the old BHS site next door and now A2Domnion have proposed to build higher than the last This time it’s 11 storeys at the front on the Broadway and 15-storeys at the back. It’s too tall, it’s out of keeping with the existing nearby buildings such as the hotel and the residential blocks along the main road.

The design of the proposed building recognises the importance of its art deco history and tries to capture some of its features. Why?  There’s no need.  The architects can keep the original and incorporate it into a new design.

In conclusion, A2Dominion understands the importance of design and context. Just a couple of hundred yards away the building it originally proposed for the old undertaker’s site on the corner of the Uxbridge Rd and Shirley Gardens was completely out of keeping and rejected by the then planning committee. They came back with a much more sympathetic design both in style and height. I think they can do exactly the same again if the committee says this proposal just isn’t quite right yet. Have another think about it and come back with a revised design.’

Four of (I think) 12 councillors voted against the proposal, so it was approved. A2Dominion now have three years to make a start on this work.