This is an extract from Eric Leach’s regular Covid-19 newsletter:

However the rates in specific neighbourhoods in Ealing show a wide variation. Here is just a sample of what I dug out of the Government’s data mine:

A few weeks ago we reported that a group of residents were asking the High Court for a judicial review of Ealing Council’s decision to introduce Low Traffic Neighbourhoods across the borough. One of the prime arguments being a lack of consultation with residents. Yesterday (28th October), the judge listened to the arguments from both sides and said there is a case to be heard.

Tonight’s Council meeting narrowly voted against the plans for a tall tower in Manor Road next to West Ealing station. Whether or not this is the end of this story is another matter.

Here’s a link to our original story about this application. The 25-storey tower was reduced in height when the plans were actually submitted.

We will add more to this story tomorrow:

To add a bit more information. There were over 2,400 objections to this application received by the Council including one from West Ealing Neighbours. As mentioned above, the original application was amended to reduce the height of the main tower from 25 storeys to 20 although the other tower was raised so the total number of homes remained at 144.

The Council meeting last two and a half hours and at the end the voting was four in favour, six against and two abstentions. The chair Cllr Monro said he would have voted in favour had he needed to vote. So, it was a pretty close vote given two councillors abstained.

WEN very much hopes that if the developers, Southern Grove and its partner Thames Valley Metropolitan Housing, want to continue with plans for this site that they will now actually talk to local residents’ groups about what is in keeping with the area. There is widespread recognition that this area could benefit from sympathetic development and that this can be achieved by taking the time and effort to work with local groups and not against them. 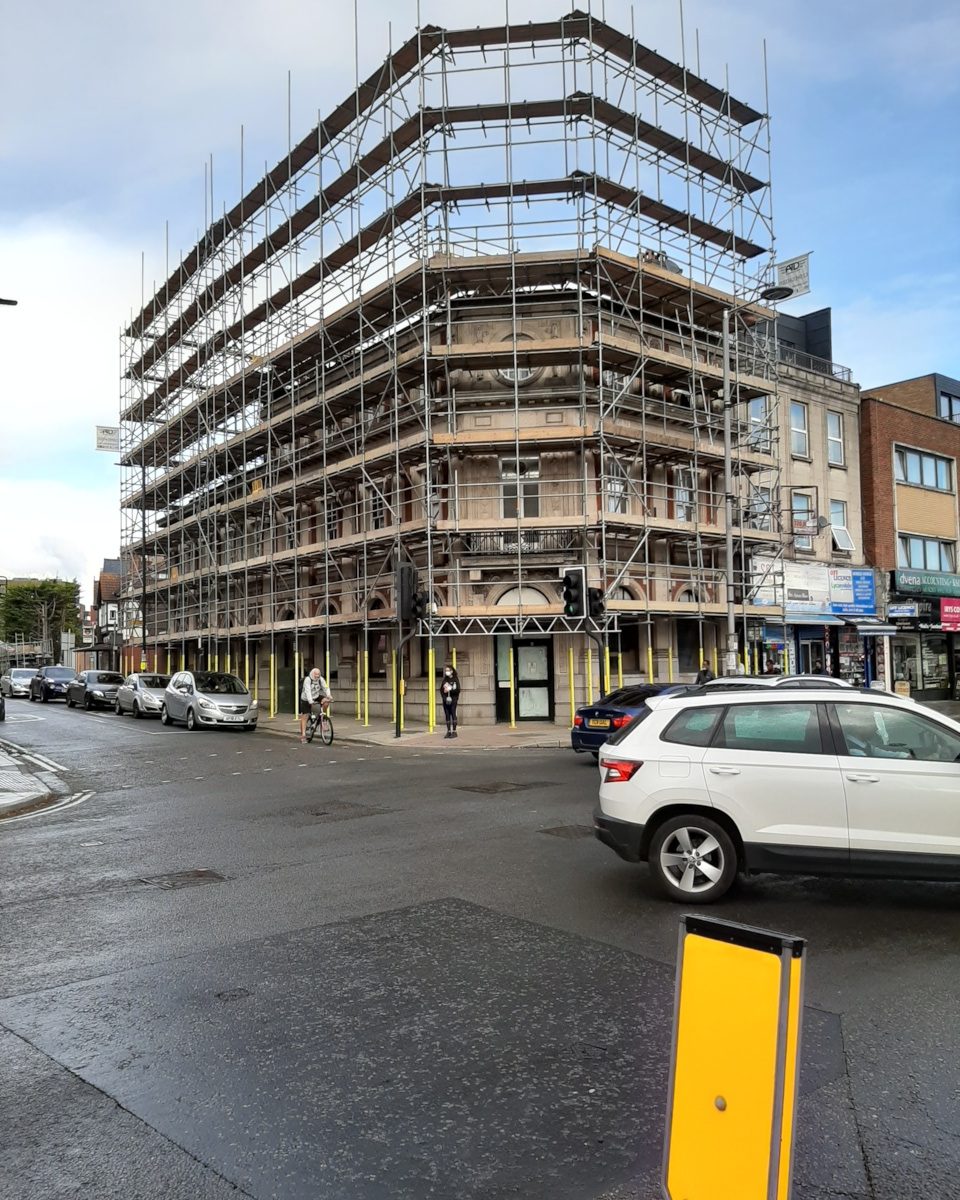 It’s lain empty for a while but the scaffolding is now up on the old NatWest bank at the Lido Junction. The site will have 9 new flats and keep a retail unit on the ground floor. 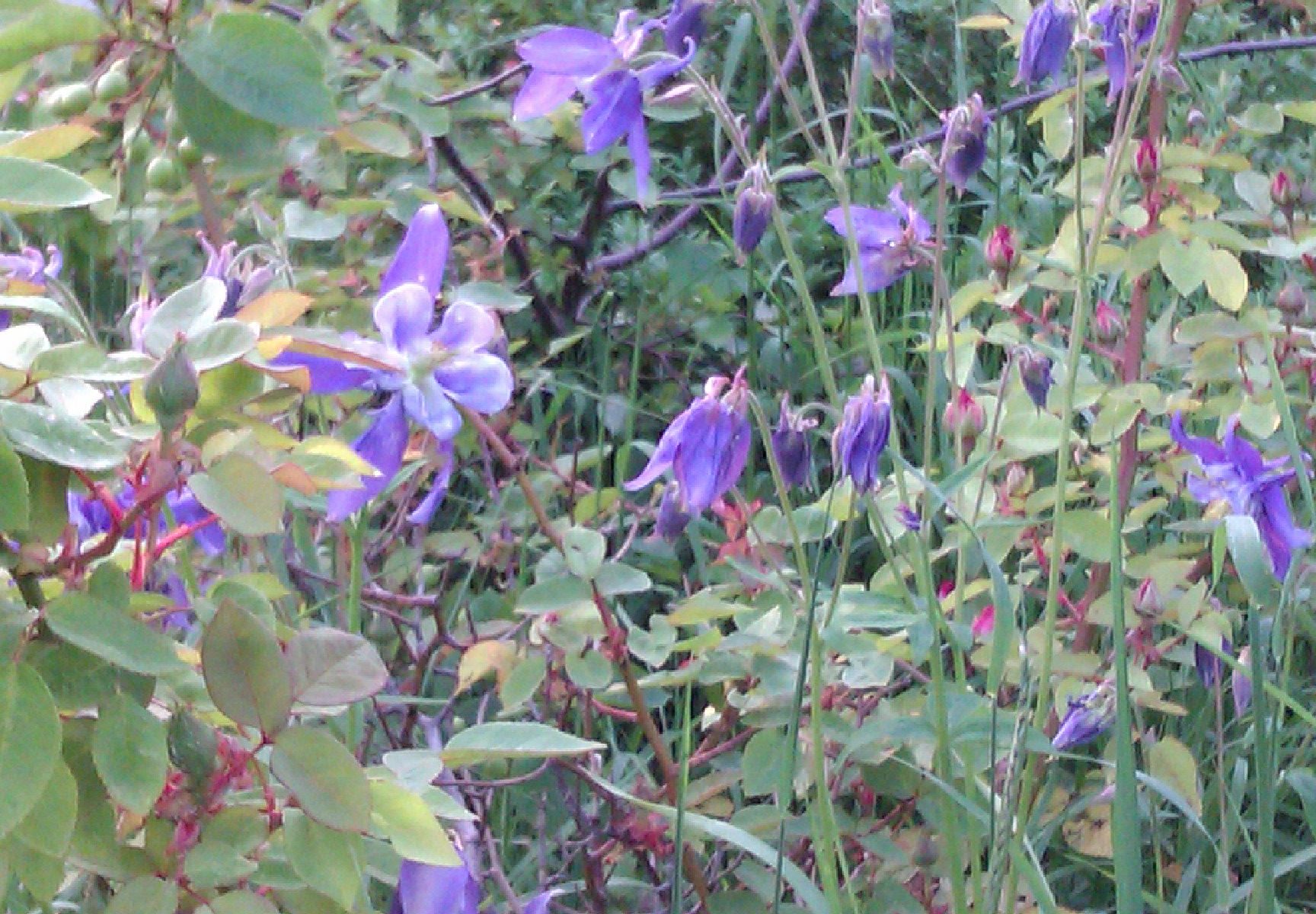 If you’ve walked through Dean Gardens in the past few months you’ll have seen that it needs some brightening up. There’s a community bulb planting event on Saturday 14th November from 10am – 12 noon. Anyone can volunteer to go along and help plant bulbs to bring some much needed colour and cheer back to Dean Gardens come next spring.

You can find out more on the special Facebook page.

We covered the plans to build three blocks of flats in part of the Dean Gardens car park back in a post back in August. The formal planning application has now been lodged (Ref No: 203719FUL).

The essence of the application is for 53 new homes in three blocks of flats ranging from 4-8 storeys and a loss of about 20 parking spaces.

The deadline for comments is 10th November. At the time, we noted that there was concern from nearby residents about ensuring the anti-social behaviour centred around the car park and Maitland Yard was recognised and taken in to account with the design of these new blocks. How this has been dealt with is something we will be looking at in this application.

In the week that Council leader Julian Bell narrowly avoided being ousted over the Council’s failure to consult with the London Ambulance Service over its Low Traffic Neighbourhood plans, the battle is moving to the High Court.

According to CAMTAG, a group campaigning against the LTNs, there are four reviews underway:

‘These Judicial Review (JR) applications were submitted to the High Court on 29 September 2020 and validated on 1 October 2020. They were delivered electronically to Ealing Council on 2 October 2020 and in hard copy on 3 October 2020. The JR applications relate to Low Traffic Neighbourhoods (LTNs) and Ealing Council’s failure to meet its obligations under Section 122 of the Road Traffic Act 1984 and its public sector Equality Duty under the Equality Act 2010.

The remedy being sought by one of the JR claims is the quashing of the Ealing (West Ealing LTN) (No1) Experimental Traffic Order which created LTN 21 (West Ealing South). The application has been submitted in the names of Peter Mason, the Coldershaw and Midhurst Traffic Action Group (CAMTAG) Co-ordinator and Tracy Scott representing Ealing Residents Against Low Traffic Neighbourhoods. The other JR applications relate to the LTNs in East Acton Golf Links (W3), Loveday Road (W13) and Mattock Lane (W5).

Ealing Council has approximately three weeks in which to respond to these JR applications.’

The LTNs have been installed on a six-month trial. You can give your views on these to the Council by emailing TrafficNotices@ealing.gov.uk. There are also petitions in favour and against the LTNs.