Yes, the rumours of Lidl repalcing Wilko are true but not for some time yet. Wilko rents its site from Lidl and eventually Lidl will redevelop the site and take over the ground floor. However, none of this is happening soon as Wilko has another 2-3 years on its lease. Let’s hope that when it does have to move Wilko can find another site elsewhere in West Ealing.

After false starts and setbacks TfL has announced that Crossrail – the Elizabeth Line – will open in full on Tuesday May 24th.

Thanks to one of our WEN Facebook page posters for finding out that the bookswap shelves that were in the old ticket office will be getting new shelves and will return in the brand new station.

I can’t remember how many years ago Chris Gilson persuaded the staff at West Ealing station to host the bookswap project but it’s great news they will be back. Thousands of books must have been swapped over the years and now thousands more can be added. Some good news for once and let’s hope for many more years of discovery and enjoyable reading for everyone. And, lastly, a very big thank you to the man who used to work in the old ticket office for keeping the bookswap project alive.

WEN received this press release from the group campaigning to make Warren Farm a nature reserve:

In one of its last announcements before the local elections, Ealing Council launched a public consultation on the future of Warren Farm. Leader Peter Mason released a video in which he confirmed the council’s ambition to see the site declared as a Local Nature Reserve and the meadows safeguarded. At the same time, he reiterated his view that some of the site could be allocated for sports.

The Warren Farm Nature Reserve campaign group, which is asking Ealing Council to designate the whole of Warren Farm and its surrounding meadows as a statutory Local Nature Reserve, released the following statement:

‘We are delighted that the council has stated its ambition to create a Local Nature Reserve at Warren Farm and to continue its incredible rewilding. This is a further step in the right direction.

We understand the council’s need to balance different interests when considering the future of Warren Farm. But things have changed a lot in the 12 years since the site was last used for formal sports – or indeed since Warren Farm was an actual farm! We are in a Climate Emergency and we are witnessing biodiversity loss in the UK at an alarming rate. The government now requires councils to achieve Biodiversity Net Gain which we do not believe will be possible if any of Warren Farm’s species-rich habitats are allocated to formal sports usage, whether that be pitches or buildings.

In our discussions with Ealing Council our stance is clear. We want Warren Farm to be given Local Nature Reserve designation in its entirety. This means we want the site to be protected for nature, wildlife, our ground nesting Skylarks, all of the common, rare and vulnerable plants we have recorded here (some of which are red-listed and facing local and national extinction) and for open public access for the enjoyment of the local community irrespective of age, background or ability.’

“There is already first-class sports provision in and around Southall with superb new facilities at Spikes Bridge and at Rectory Park in Northolt.  Extensive work has been completed recently to provide amazing sports grounds at Gunnersbury Park and at Wyke Green, just down the road from Warren Farm. Nearby, Norwood Hall Playing Fields is one of several community sites identified as having additional available pitch capacity. What Ealing does not need is a new stadium, floodlighting, astro-turf, car parking or closely mown pitches at Warren Farm. We do want to see local people able to take healthy outdoor exercise and using the network of footpaths at Warren Farm where they can enjoy the song of Skylarks, the sight of our colourful meadows and the rare and threatened species found here.”

They also point out that sports pitches might not be the most effective way of improving the community’s health. It is likely that councils will soon be given targets for improving Healthy Life Expectancy, which is now a government priority. In February 2022, the government stated its intention to close the gap between the best and worst performing local authorities. Ealing’s HLE is below the England average and 21st out of the 32 London Boroughs.

“To improve Healthy Life Expectancy, you need a lot of people taking moderate exercise rather than a few already fit people doing vigorous exercise. Leaving Warren Farm as a rewilded area in which we can encourage people to walk and enjoy nature will have a far greater impact on Healthy Life Expectancy than putting sports pitches on the site.”

The proposal to designate Warren Farm as a Local Nature Reserve was published by the Brent River & Canal Society in October 2020. The campaign was launched in January 2021 and its petition now has over 11,000 signatures.

Warren Farm is a unique area of rewilded urban grassland. Species of birds, mammals, plants, reptiles, amphibians and insects which are rare in London have been recorded thriving on the land. Local Nature Reserve status would preserve the meadows for future generations and ensure the protection of its rare and endangered species such as the Skylark, a red-listed bird facing UK extinction. The Warren Farm Nature Reserve campaign is urging people to use Ealing Council’s consultation to ask for the entire site to be left in its rewilded state and designated as a Local Nature Reserve.

Local art charity Artification’s vision is to connect people and places through art.

The Creative Connections project is an artwork opportunity coordinated by Artification and funded by Clarion Futures West Ealing Grants Programme & plans to:

Professional artists will work with residents, school & community groups to develop local themes into public art that will be displayed in West Ealing and visible to all visitors & residents.

Let us know if you’d like to be involved in.

The artwork could represent community spirit, local history, beauty, colour. We are seeking your input to help shape the Artist opportunity.  Please share your ideas:

We look forward to working together creatively in West Ealing.

Following the closure of the east bound platform at West Ealing due to safety fears over nearby demolition, Ealing Council has stopped all work on the site of the tower block next to the station. It seems no construction management plans have been submitted to the Council by the developers, Southern Grove. These plans were one of the documents required by the Council before any work commenced.

No trains are stopping at West Ealing for the time being due to safety concerns about the demolition work taking place in preparation for Southern Grove’s 20 plus storey tower block next to the station.

I don’t remember hearing any mention of this level of disruption in any documents about Southern Grove’s plans. There’s also been no information about this station closure given to residents and it’s not clear how long this disruption will last. 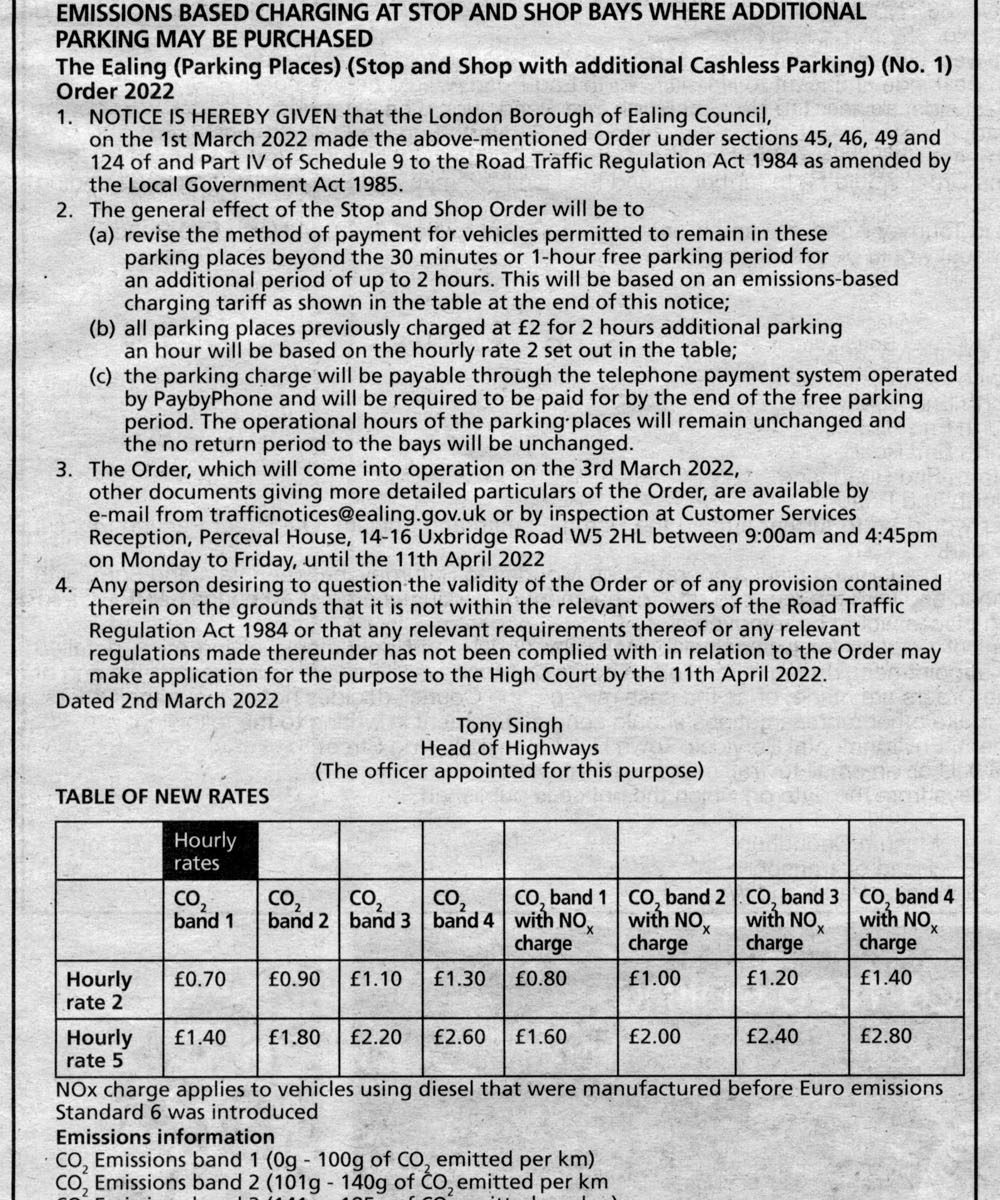 The Council is introducing a new system for extending stays at its ‘stop and shop’ parking bays. The cost of extending your stay beyond the 30 minutes or 1 hour will depend upon the emissions band of your car. The new charges will be operated through the PayByPhone system/app. The full notice of this change gives more detail. 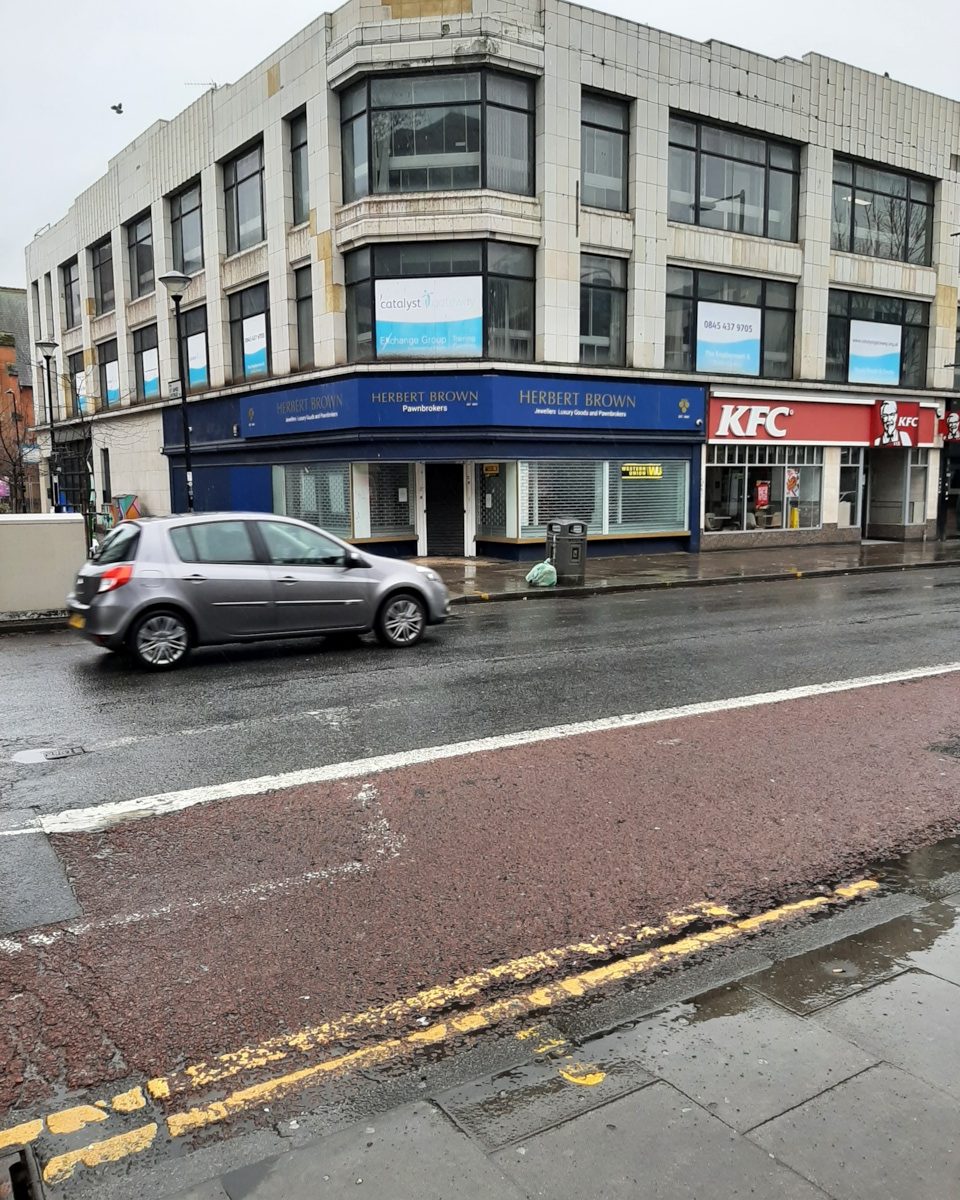 Almost 10 years since WEN helped set up OPEN Ealing arts centre in the then empty A2Dominion offices on the Uxbridge Road, we are delighted to hear that a new arts centre with low cost studios to rent is about to open in West Ealing.

SET Ealing will be taking over the old Catalyst Housing building on the Uxbridge Road and on the west side of St James Avenue. Here is their press release:

SET Centre CIO (registered charity no. 1170903) is dedicated to supporting and nurturing London’s artist communities. Access to genuinely affordable workspace for artists is crucial, particularly in the post-pandemic climate when the creative economy has been badly affected and those in precarious work have experienced limited support and job losses. This project aims to support the next generation of artists to continue their practice and to
flourish, with the additional benefit of helping to bolster the creative economy and maintain London’s reputation as a cultural capital.

SET Ealing artists’ workspaces will be some of the most affordable in London, priced at £1.10 per sq ft (psf) all-inclusive (utilities, rates, internet etc.). The centre will host around 150 artists working in variety of disciplines and mediums. Studios will range from 200 sq ft spaces
for £220 per month to 800 sq ft spaces for £880 pcm. We will also provide smaller units of 100 sq ft for £150 pcm.

SET Ealing will house a public arts and educational programme – including our Members’ Programme which features works by SET studio artists from the Ealing centre and our other SET centres.

SET Ealing will also be home to a SET Collective-Residency – a free studio prize for a collective or group with a publicly-engaged practice. The residency winners will be granted the use of 4 rooms totalling 1700 sq ft, located in the glass-fronted former Western Union on West Ealing Broadway high street. The deadline to apply is Monday the 24th of March with the winners announced on Monday the 7th of April.

We are also looking to hire a new part time (3 days a week) Assistant Studios Manager who will oversee SET Ealing.

Studio viewings will take place every second Thursday from the 17th of March from 4pm – 7.30pm. You can book a viewing via the link below.
For more information, to register interest or submit to the SET Collective-Residency prize, go to www.setspace.uk/ealing. Please contact us with any further questions via email at: ealing@setspace.uk

About SET
Founded in 2016, SET is a multifaceted arts and community organisation and registered charity based in numerous centres across London. SET curates an eclectic and experimental arts and educational programme and provides genuinely affordable workspaces for artists.

SET currently has six centres across London and is home to over 700 artists, with an artist membership of over 1000. SET hosts artists working across a variety of practices from text, performance and installation to music, sound, print, textiles and more.

SET Projects & our Members Programme include performances, exhibitions, live music, talks, workshops and screenings, and seek to provide a platform for new and collaborative projects. With an inclusive ethos always, SET is a community which aims to bridge gaps between disciplines and demographics, creating a platform for collaboration and
multidisciplinary experimentation.

SET provides both long-term and temporary centres. They are predominantly hosted in otherwise vacant property, functioning as a charitable meanwhile-use scheme. At these sites, SET brings disused space back into positive use in the interim period.’

SET is supported through the Mayor of London’s Culture at Risk Business Support Fund.