The recent opening of the British Heart Foundation’s new shop (see previous post) made me think again about the changing nature of our high street. Yes, you could just say it’s yet another charity shop and we already have eight. But, it struck me that this shop is something rather different for West Ealing. Almost every time I go in to one of the charity shops it seems busy as I try to manoeuvre my way between the shoppers and the clothes rails. What BHF seem to have noticed though is that there is a complete gap in the market for a charity shop selling household goods such as electrical appliances and furniture.

Much has been written about how Britain’s high streets are changing. I
have lived in West Ealing since 1978 and, like many others, can all too easily reminisce about how West Ealing’s high street used to have a Marks and Spencer, a WH Smith, Mothercare, let alone the department stores such as FH Rowse and Daniels. But that time has gone and in the last few years the twin impact of the recession and the growth of internet shopping have undoubtedly left their mark as shops have moved out or closed down. In a recent article in the Financial Times Liz Peace, chief executive of the British Property Federation, said ‘Given the structural nature of these changes
there is no point harking back to the old high streets we all claimed to love. We need to be creative in looking for new roles and uses for these empty shops.”

I think BHF has been creative. We have seen new shops move in and  Lidl and Poundworld are now part of our high street. They have been joined by some rather different businesses – British Immigration Solutions and The Pamela Howard School of Dance. West Ealing Arts has opened a community arts project in an old office building a short walk away from the main shopping centre (see later article). The London Residents Forum is hoping to open the old Oxfam shop as a borough-wide resource and drop in centre for tenants.

Yes, our high street is changing, it has to, but I see these changes as a sign that the high street still has a purpose for our community. It is still trying providing goods and services that we need and want. Please let’s just make sure we cherish and use our high street and other local shopping areas.

As a consultation on library services in the Borough draws to a close, and the threat of library branch closures looms, James Guest of Ealing Fields Residents Association breaks down the costs of Ealing Libraries, and find that the Council needs to take a closer look at libraries’ considerable overheads if they want to make any cuts.

END_OF_DOCUMENT_TOKEN_TO_BE_REPLACED

Following on from his recent post about Jacob’s Ladder Eric Leach follows this up by saying ‘We have been campaigning for improvements to Jacob’s Ladder for over three years. For those who don’t know, Jacob’s Ladder is the ancient footbridge which crosses the railway line from the western extremity of Waitrose’s car park to Manor Road. The bridge is a vital link between Green Man Lane Estate, St  John’s School and the centre of West Ealing and Drayton Green, Drayton Green  School and the Berners Drive Estate.

The bridge is rusting badly; the southern staircase is somewhat unstable; and the lighting is extremely poor. In 2008/9 for long periods only one of the three lights was working.

After much toing and froing involving the Cleveland Ward Forum, money was allocated by Ealing Council to replace the poor lighting system with a much improved one (featuring five lights). Network Rail (the owners of the footbridge) eventually and reluctantly agreed to the upgrade – but only after it was agreed to pay them a fee for the privilege. That was in Summer 2010.

Ever since Ealing Council have been trying to get formal permission from Network Rail to actually carry out the work. Lawyers and paper pushers at Network Rail have held them up now for over eight months. How ironic that at a time when financial cuts are being made we have this funded project with cash allocated and a large company’s intransigence is preventing the project from going ahead.’ 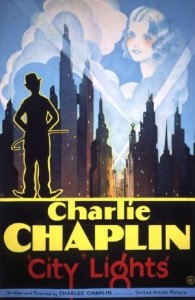 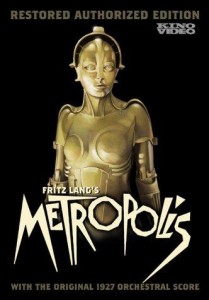 Charlie Chaplin? Metropolis? Ivan the Terrible? They’re classic films and deservedly great -best of all you see them locally at Ealing town hall on a Friday night. Put City Lghts in your diary for Friday May 13th, Metropolis for May 20th and Ivan the Terrible for May 27th – 7pm Ealing Town Hall, £7.50. You need to be a member so for membership and information : classiccinemaclub@hotmail.co.uk 020 8579 4925

Diane, Gill and some volunteers from West Ealing Neighbours’ Abundance project plan to pick several hundred elderflower heads on Saturday morning, May 14th – weather permitting at a location in West Ealing. We might do a repeat ‘pick’ on Saturday morning, May 21. We’ve found a location where they’re quite prolific, in the ‘fields’ beyond Elthorne Park, although you’d need wellies to wade through nettles in some places, and a crooked stick to pull down the high branches. 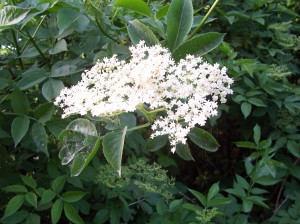 We’ll be following the recipe on the WEN Abundance blog http://westealingabundancew13.wordpress.com/2010/06/11/292/ which we used last year to produce the cordial which went down very well at Hanwell Carnival and will will be selling again at this years Carnival on the 18th June, as well as Pitshanger Party in the Park on the 26th June.

Anyone who is interested in knowing more, or getting involved, please email wenabundance@gmail.com.

Cheers for now – Gill and Diane.

Signs by Jacob’s Ladder (the ancient footbridge over the railway linking Green Man Lane Estate with Drayton Green) inform us all that the footbridge will close at 9:00am Monday 9 May and re-open at 5:00pm on Wednesday 11 May. The signs don’t tell us why. 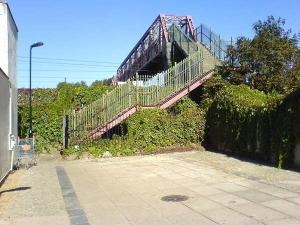 It’s unlikely that the works to be undertaken will be the much needed rust proofing and painting of the bridge, as this would surely take more than two days.

Sadly the closure won’t be in order to install a new, improved lighting system on the bridge. Although this work was agreed with Network Rail in Summer 2010 Ealing Council has been unsuccessfully wrestling with bureaucrats and lawyers at Network Rail for eight months. However the Council has still not been able to obtain a licence from Network Rail to carry out the lighting works.

British Heart Foundation opened the doors of its new shop today and it set me thinking about charity shops and our high street. I thought first off I’d better count how many charity shops there are along the street between the Lido Junction and the junction with Eccleston Road. I counted 8 (including the Salvation Army) plus the mystery Storefair which threatened to open back in September but has remained resolutely shut for months.

In my experience most of these shops are usually busy and you have to manoeuvre your way round them between the clothes rails and the shoppers. So, I think the BHF shop, which sells electrical goods and furniture, is a clever move as it fills a gap in what charity shops usually offer. Most charity shops won’t touch electrical goods as they have to be properly checked for safety etc. When I went in this morning it was packed both with goods and people and looking at what is on offer in BHF I was impressed. I think it will do well.

There’s a much wider question raised not just about charity shops but also about what sort of future we want for our high street? But I’ll leave that for another time. 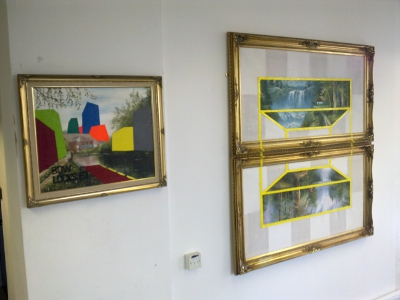 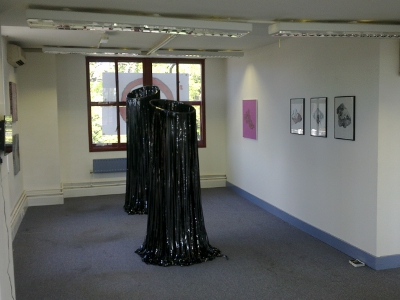 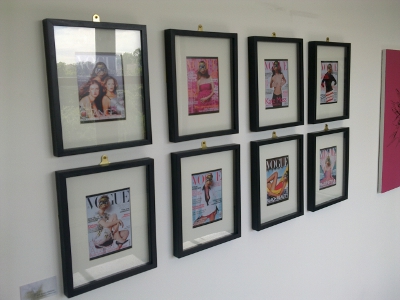 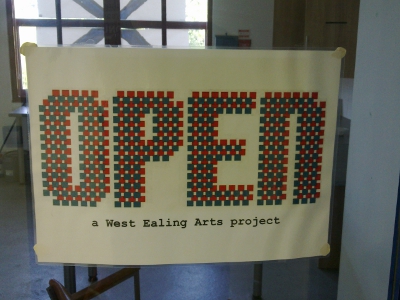 Grant Thornton is expected to be appointed on 10 May as Administrators to the company’s five London properties. Irelend’s National Asset Management Agency (NAMA) is the instigator of this action. NAMA also appointed Grant Thornton as Receivers to the Irish Glenkerrin properties.

Glenkerrin bought up the existing Arcadia site and other properties immediately west of Ealing Broadway Station and proposed a retail and residential development , including a 26 storey residential block, in 2008. Ealing Council agreed to the Planning Application but the Government eventually turned it down in December 2009. WEN as part of Save Ealing Centre spoke at a Government Inquiry on the application and you can read Eric’s personal blog of the daily twists and turns of this Inquiry here).

It appears that Glenkerrin is in debt to the tune of 650 Million Euros.

WEN is not surprised at Glenkerrin’s collapse, but we are surprised that it has taken so long for it to take place.

Bring your family and friends to Ealing Transition Community Garden Open Day on May 11th from 11am – 2pm. click on the details below for more information.