Want to get to know your neighbours and your community? West Ealing Neighbours in partnership with West Ealing’s newest gastro pub, The Star and Anchor is holding West Ealing’s first Tweetup on Wednesday, June 29th from 8pm. 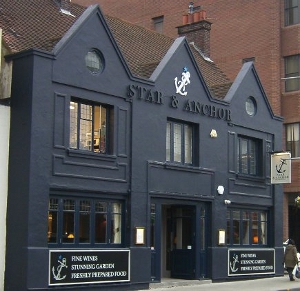 It’s a chance to have a drink and a chat with your neighbours in West Ealing, meet some new people, and maybe even make a connection or two! We’re inviting local tweeters, bloggers, foodies, councillors and personalities. There will be locals to talk to about the arts in Ealing, including local film, reading and music. Or, if you’re interested in the bricks and mortar of our community, you can talk to people about local planning issues and regeneration. Maybe there’s a fantastic local restaurant you want to tell everyone about?

So come on down to the Star and Anchor (there will probably be nibbles!)- it would be great to see you there and have a drink with you!

Time: From 8pm til late

Who’ll be there: Most of the WEN Committee and some other locals with an interest in the community