‘Why do people shop in West Ealing?’ is the title of a survey late last year of 400 shoppers carried out by Brunel University on behalf of Ealing Council.  The answer – buying food is the main reason people come to shop in West Ealing, but there’s a good deal more valuable information in the results of this survey than  this one answer.

The final report is 20 pages long but here are some of the key findings from this survey:

1. Buying food was the main reason for people shopping in West Ealing.

3. Eating and socialising ranked third as a reason to come to West Ealing

Overall, West Ealing is liked for its varied, multi-cultural location that is good for food shopping, pubs, eating and socialising.

What needs to be improved about shopping in West
Ealing:
1. Better shop fronts

Interestingly, in an entry last December in his shopping blog (www.soultsretailview.co.uk/2010/12) 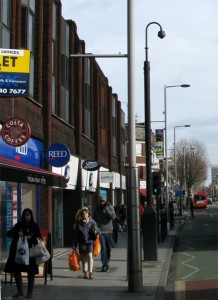 ‘Arguably, it’s West Ealing’s independent shops that give it the
brightest hope for the future. Walking through, despite the visible problems,
the area has a cosmopolitan and colourful feel, with ethnic food shops
displaying their wares in the street. The West Ealing weekly farmers’ market
in  Leeland Road – which seemed to be well advertised when I visited – also adds to the area’s reputation as a mecca for foodies, and is apparently its trump card in attracting shoppers from other parts of London.’

WEN has been arguing for some years that West Ealing is a great place for food shopping and that we need to build on this strength as a central part of any plan to regenerate the high street. We’d love to hear your views about our shops.  Use our forum to tell us where locally you like to buy your food, why and what you’d recommend others to try out.

3 Replies to “Why do people shop in West Ealing? A recent survey gives some answers”