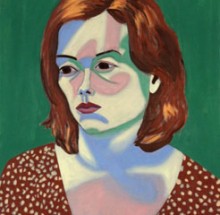 February sees OPEN Ealing launch its first ever OPEN Poetry evening on Wednesday 15th along with the opportunity to learn the tango – what more could you ask for?  Well, actually, there’s also our regular First Friday free music this Friday followed in the evening by the launch of ealingfaces – an exhibition of portraits of local people. I was going to get my portrait painted but never did quite manage it!

First Friday music on February 3rd 12.30-1.30 with the Tribulus Quartet playing an oboe quartet and a piece by Benjamin Britten.

Tango lessons – if there is enough interest in learning to dance the tango OPEN will put on lessons on Friday evenings. Find out more here

Ealing Transition is a focal point for practical community action on peak oil and climate change. It now has 1200 members and is looking for volunteers to help it tell its story:

Are you a storyteller, a journalist, blogger or film-maker? Could you get Ealing Transition into the headlines? We need a team to start magnifying the effect of our work, making our website work harder, using social media to its greatest potential, making presentations to groups around the borough etc. Contact steering@ealingtransition.org.uk if you think you can help.

OPEN Ealing will be moving to new premises in the heart of West Ealing in late March/early April. We have identified suitable promises and agreed terms with the landlord. We now need to find a friendly architect who can donate some of their time and skill to help us draw up plans for the building. We will need to make changes to the building’s current internal layout and work out how to make best use of the 8,000 or so sq ft. Is anyone up for the challenge?  If so, please email info@openealing.com and we’ll be delighted to talk to you about the project and our plans for the new building. This is a huge opportunity for OPEN Ealing to make a major contribution to life in West Ealing, so it’s crucial we get this step right as we plan to make West Ealing  our permanent home. You can find out more about OPEN on our website at www.openealing.com

Hope to hear from someone soon!

A man was knocked down at the Lido Junction this Friday lunchtime. Luckily it does not sound as if he was too seriously injured but it comes barely two days after the Council announced the public’s overwhelming support for plans to put in pedestrian crossongs and make the Lido Junction safe to cross.

We look forward to the inplementation of this scheme and, at last, making this junction safe to cross so there are no more such accidents.

This is a major breakthrough for West Ealing and our thanks to the Council, TfL, all our colleagues who worked on the report two years ago and to everyone who said ‘yes’ in the consultation.

The works should be carried out this year so, after 5 years of lobbying, we are within sight of at last making the Lido Junction safe to cross.

The Council’s press release can be read at – http://www.ealing.gov.uk/news/article/294/lido_junction_gets_thumbs_up_from_residents

Why join a gym when you can spend Saturday climbing trees? West Ealing locals get their wellies on…

A bit more detail coming out. Seems it was three robbers.Two got away and the third was tackled by a bank customer as he left the bank and in doing so some of the money was scattered on the pavement at the top of Leeland Road!  Talk of £8000 being stolen. The third robber was held until the police arrived.

I understand a man has now been arrested (after being detained at the scene) and charged. 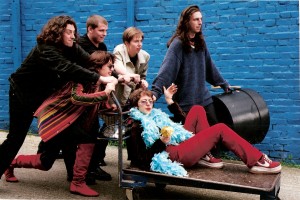 OPEN Ealing got a name check on Radio 4’s Midweek programme this morning (Wednesday 18th) when Rosie Wilby was one of the show’s guests. Rosie is rehearsing her new show How (not) to make it in Britpop. She will give a special performance of her show at OPEN Ealing on Wednesday 1st February before taking it on tour.

One of our aims at OPEN is to bring in as wide a range of events and activities as possible so, hopefully, we can attract people to venture in, perhaps for the first time.  I’ve already booked my ticket as I think it will be a great night.  Full details of her show are here:

From playing Glastonbury and Ronnie Scott’s to miming on children’s television, musician turned comedian Rosie Wilby looks back at the emotional rollercoaster of chasing stardom at the heady height of Britpop in her show How (not) to make it in Britpop – a revised version of her acclaimed 2011 Edinburgh Fringe hit Rosie’s Pop Diary.

Mixing stand up, storytelling and acoustic versions of her songs, Rosie delves into a personal treasure trove of old photos, fan letters, reviews and the original ‘Rosie’s Pop Diary’ (her ‘90s column in the now defunct music magazine, Making Music) for this funny and touching new show that explores the nature of nostalgia.

Rosie’s Pop Diary traces the weird and wonderful story of a singer that nearly made it – from bizarre auditions, supporting Bob Geldof and Jamie Cullum to walking barefoot along one of London’s busiest roads just because it would make a good album cover.

As Pulp, Blur and Oasis were making headlines, Rosie’s house and belongings were literally going up in smoke, just days before her big album launch, as her house caught fire. Homeless and without any Cool Britannia clothes, Rosie thought it couldn’t get worse until a friend donated an old Brownie uniform for her to wear at her own gig…

Rosie has appeared as a roving reporter on 5 Live and as a guest on BBC Radio 4’s Loose Ends and Woman’s Hour, LBC and BBC London. She was a finalist at Funny Women 2006 and Leicester Mercury Comedian of the Year 2007. Her previous solo show The Science Of Sex won a Fringe Report Award and was a sell-out at Cambridge Comedy Festival, Camden Fringe and Liverpool Comedy Festival. Still a passionate music lover, she writes for award winning website musicOMH.com and has previously written for the NME, Time Out, Ham &High and The Pink Paper.

She is currently developing the show with acclaimed theatre director Anthony Shrubsall, whose production of Security with renowned performance poet Zena Edwards was commissioned by BAC and Birmingham Rep. A former Artistic Director at the Drayton Court Theatre,Anthony is also a Fellow of the RSA.

Triple smoked hams are a  bit of a strange topic for a blog entry but I hope it will be of interest to some of our readers as they are just fantastic.

We buy a lot of our meat from Luckhurst’s in Melbourne Avenue and I’ve seen these dark-coloured hams hanging up for some years but never gave them much thought. This Christmas however, and with a bit of prompting from my wife, we decided to find out what they are as they seem very popular. Talking to Tony Luckhurst I found out that they are triple smoked hams and come from a specialist supplier in north London. Not surprisingly they take some time to prepare and a whole one will cost around £40 and a half around £20.

So, having found out what they are, we ordered a half one for Christmas. I got some advice from Tony on cooking it and did a bit more research and decided to boil it for half the time and then bake it in the oven for the other half. We had it for dinner one evening just after Christmas and it was by far and away the best ham I’ve ever eaten. It was tasty and moist. It hadn’t dried out at all despite being cooked for about 4 hours. We bought another one yesterday and it was just as good. It does smell a bit like kippers when you take it out of the wrapping but I thoroughly recommend it.

In terms of cooking, I cut off the skin but left as much of the fat as possible. Then I scored the fat and managed to find a large enough saucepan and covered the ham in water and brought it to the boil. I then drained off the water and put in clean water and brought it to the boil again and simmered it for half the necessary cooking time – about 90mins/2hrs depending on size. After this I took it out and put molasses (or treacle) over the scored side, out it in a roasting tin and covered it with foil and in to a moderate oven (160C) to finish and took off the foil for the last half hour. I’m sure there are lots of other ways to cook it but this works well for us.

I know it’s a bit of a treat but if you have a special occasion it’s well worth it and cold ham is still good to eat afterwards so it will all get used.

Do let us know what you think if you try it. 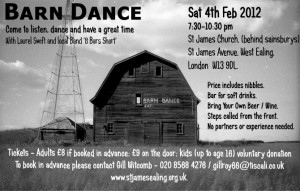 Barn Dance/Ceilidh in the heart of West Ealing – easy steps, lots of people – come alone, come with family, come with friends. Steps called from the front. Get it right, get it wrong, bring all your left feet. Nibbles included in £8 adult ticket (advance booking) – bring your own beer/wine. Kids of all ages welcome – admission free/donation up to age 16.