Along with all the other great things happening in West Ealing on Saturday morning, we’re holding a West Ealing Neighours coffee morning.

If you just fancy a cup of coffee and a chat, want to find out more about West Ealing Neighours, or if you think we can help and need any advice, please do come along to the Silva Cafe (on the Uxbridge Rd opposite Coldershaw Road) any time between 11am and 12.30. The WEN committee will be there and we’d love to have a chat and you’re very welcome to pick our brains and give us your thoughts on any local issues – parking, shopping, building plans or anything else.

On Sat Nov 3, there’s live music at the West Ealing craft market – 12 gazebos worth of local specialness. You can’t get it, or the music, anywhere else.

The market is outside Blockbusters, next to the Uxbridge Road, on the south side (western end) of West Ealing Broadway.

12-1pm: Oddfellas – local chaps who banjo, fiddle, guitar and generally bring music of these isles to life – right in our own backyard.

1-2pm: The Mobile Clones who say ‘We are a five piece band from Hanwell and surrounding areas.The band do a mixture of original and cover tunes with a whole range of different genres.The cover songs consist of many styles ranging from the blues to funk and pop songs to punk. The band members consist of a jazz saxophonist who’s gigged with some of the greats and a drummer, Tim Walmsley who used to play with the well known signed band ‘The barely works’ who split in the early 90’s.(Info here). http://www.thereelbook.com/groups/barelyworks.aspx . Also songwriter Ian Clavey who’s written many popular songs (Check him out on YouTube) and Rose Eyre/vocals who was in the successful 80’s band ‘The kick partners’

2-3pm: I Love Thunder who say ‘I Love Thunder are delighted to be playing at the West Ealing Craft Market. We are an 8 piece rock band with musical tastes as varied as our ages, which range from 16 to 66! Our set will include classics such as Johnny B Goode and Mustang Sally as well as some mellower numbers, so come ready to shop n’ rock!

We are a part of Ealing Mencap and also members of the Dissimilis Organisation. You find out more at www.facebook.com/ILoveThunder.theband.

The Ealing Today website has got a great story about The London Studio, a greetings card company from West Ealing founded by local resident Soula Zavacopoulos,  being named as one of the UK’s top 100 businesses in the Smarta Awards.  The winner will win £10,000 and it’s all down to the number of votes she gets.  You can read the full story here and you can visit The London Studio’s site to vote.

I missed this last year so made sure I got my ticket early. Worth the £6 just to see Du Bellows in my view. About 20 tickets left.  Other bands include The Geoff Garbow Blues Band and Romeo Down. See here for details 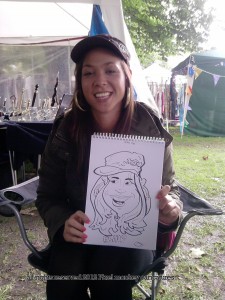 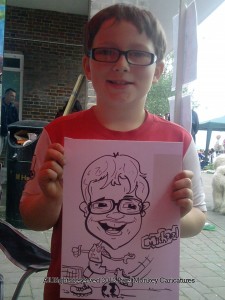 As well as Karl, there will be a wide range of locally made crafts for sale – jewellery, cards, gifts and more.

More information on our regular stallholders can be found here