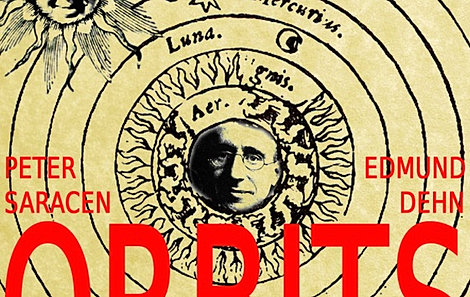 This new play looks intriguing so I’ve already booked my ticket for the opening night:

‘In collaboration with OPEN, the Ealing Autumn Festival will present Orbits, a play written by local writer Wally Sewell. The Festival’s theme this year is ‘Stars in the Family,’ commemorating the 450th anniversary of Galileo’s birth.

In 1941, fleeing from the Nazis, radical left-wing German playwright, Bertolt Brecht, found himself in Hollywood where he met the British movie star Charles Laughton. Orbits imagines their working relationship as they collaborated for three intense, creative years on the translation of Das Leben des Galilei (The Life of Galileo) for its American premiere.

The premiere was directed by Joseph Losey with Laughton playing Galileo.  It took place in 1947 against a background of the bombing of Hiroshima and increasing anti-communist paranoia.

There will be Open discussion after each performance with playwright, Wally Sewell, and director, Anthony Shrubsall of OPEN Ealing.

The play will be performed by Peter Saracen and Edmund Dehn, and directed by Ealing’s own Anthony Shrubsall.

It’s approximately 90 minutes long, with a 20-minute interval, and there will be a post-show discussion with the writer, director and actors.

More, including booking details and performance schedule, can be found here. http://www.ealingautumnfestival.co.uk/#!orbits-play/c24yv