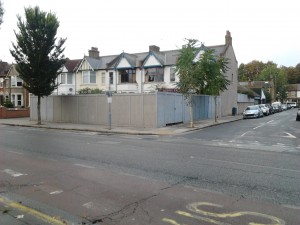 At last something is happening on this site!  In 2010 plans to build a new block of flats on the site of the old Henry Paul funneral directors on the corner of the Uxbridge Road and Shirley Gardens were met with fierce local opposition and then rejected by the Council.  The owners of this site are the housing association A2 Dominion and they have put in a new application which sounds as if they have listened to the local opposition.  The new plans include:

The overall development is for 10 flats with a mixture of one and two bedroom properties with six car parking spaces at the front of the site – replicating the style of the rest of the houses in the row. It all sounds good but needs careful checking.

The planning application can be found on Ealing Council’s website