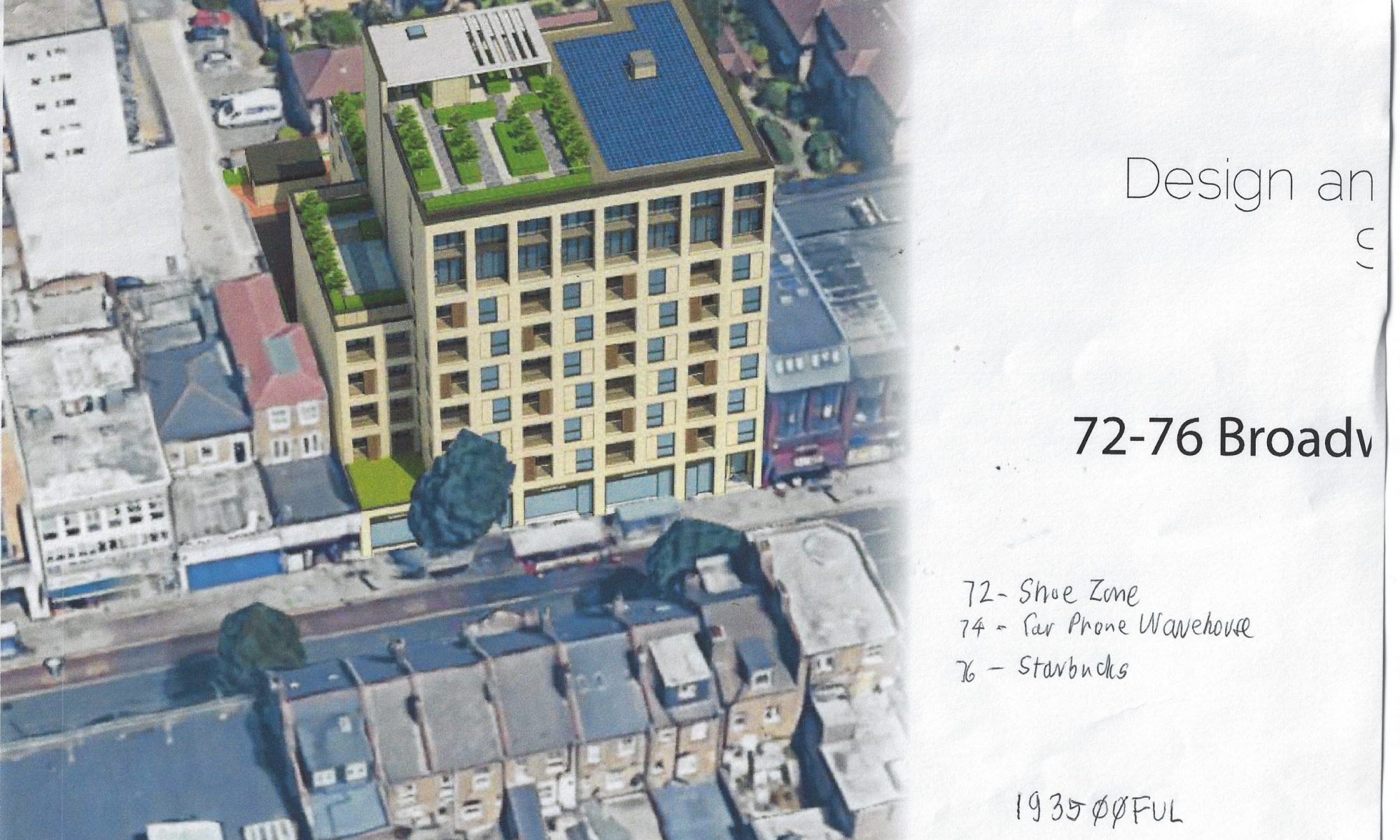 The Council has approved plans for a 10-storey block of flats at 72-76 Broadway on the site of Starbucks, Carphone Warehouse and Shoe Zone.

This stretch of shops was part of the site of the FH Rowse department store that was demolished in the 1980s. Not quite 40 years later and it’s to be demolished again. Not dissimilar to the Green Man Lane Estate that was built in the 1970s and now mostly demolished as the new estate edges toward completion.