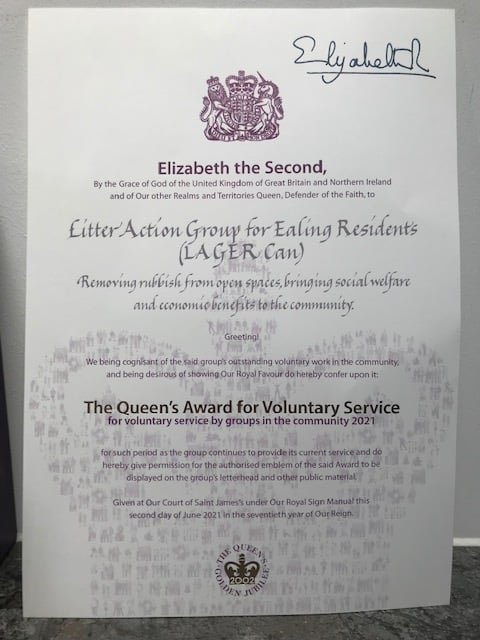 Many of you will know about LAGER Can by seeing their blue rubbish bags around our streets. Behind the blue bags lies an ever-growing group of volunteers (including me) who are making a massive difference to how our streets look. They have worked incredibly hard to clean up some of West Ealing’s really heavily littered areas such as Witham Road and Canberra Road. As well as cleaning up all the litter and dumped rubbish, LAGER Can have been working hard to tackle some of the underlying problems such as new flats without proper bins and commercial bins being broken open by flytippers (as happens with the bins behind Gregg’s in West Ealing).

The work of LAGER Can has been recognised with a Queen’s Award for Voluntary Service. Thoroughly deserved and if you want to find out more or join the group, and there’s a local West Ealing group, here’s their Facebook page.