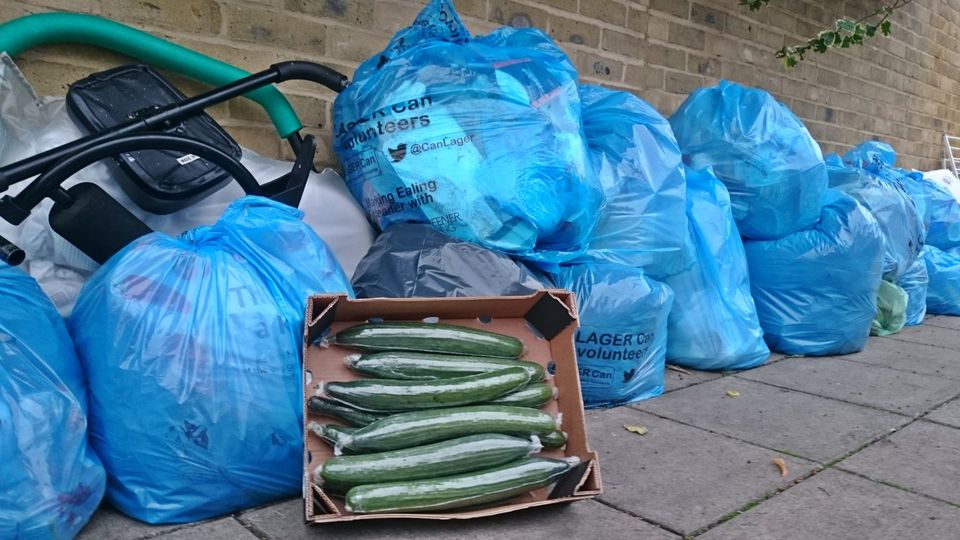 I only joined the volunteer litter picking group LAGER Can last year so am new to this. Even so I was with a group in December cleaning up Witham Road and we did get given a box of cucumbers. So it does have some rewards!

In 2021 LAGER Can filled 24,561 sacks full of rubbish across the borough with bottles and cans making up a significant percentage of this rubbish. LAGER Can’s Cathy Swift makes a good point that a national deposit scheme for cans and bottles would greatly cut down how many of these are just thrown away. I’m old enough to remember collecting bottles as a child and taking them back to shops to claim the deposits. So, it’s been done before so why not again?

With my West Ealing Neighbours hat on, WEN has been working with LAGER Can, West Ealing Business Improvement District and local councillors to try to resolve some of West Ealing’s litter and fly-tipping hot spots – Canberra Road, Witham Road, library car park and so on. The problems identified include flats with no bins; clothes left outside charity shops at night which get searched through and end up strewn across the pavements; one or two shops not disposing of their waste correctly; and night-time fly-tipping.

These are not always quick and easy problems to solve but we are trying. LAGER Can has played a vital part in looking for solutions – talking to shop owners, talking to residents and looking for evidence of who is fly-tipping. I hope between us we can make more progress in 2022 and continue to help clean up West Ealing’s streets – watch out for LAGER Can’s distinctive blue bags – and maybe some cucumbers – as signs of action happening.