Finally WEN’s proposal for changing this dangerous junction has been approved and is going ahead. After the public consultation on the original proposals the Council have dropped the idea of loading and parking bays on Drayton Green Road.  This is a well earned success for WEN

WEN have been talking to the Council for the past 18 months about a monthly craft fair in St James Avenue, after a lot of red tape we finally have the go ahead to run it and the first one is Saturday 7th April.  This is a joint project with St James Church who will be open to provide teas/coffees as well as outreach work.

This will happen again in Melbourne Avenue and St James Avenue. There will be a variety events scheduled.  More information will be available later in the year.

In December 2011, the campaign was the winner of the first #ideas4Mayor competition at the London Policy Conference. The Mayor of London, Boris Johnson, said of the project:

“I think it’s a very good idea and would say something powerful about the kind of city we are and our commitment to literacy, which obviously we are trying to demonstrate in lots of ways particularly with young people”

This project is now in its 6th year and the group have now taken on Walmer Gardens Orchard in West Ealing.  The renovation of this Orchard is fully support by Ealing Park Rangers team and expertise is provided by the London Orchard Project. Both clearing and pruning have taken place in Jan/Feb this year.  Abundance is now securing more volunteers for the project.

This is a monthly club who meet at the Star and Anchor.  For more information email wenreadinggroup@live.co.uk

Eric Leach, Vice Chair provided an update on WEN’s activities in relation to planning. Eric has been heavily involved in the Local Development Framework planning process which will have a big impact on West Ealing. The Localism Act coming into effecting April 2012 will give us the opportunity to be involved with the formation of neighbourhood forums – for more information see http://www.planningportal.gov.uk/inyourarea/neighbourhood/

Eric then opened up the floor to those present regarding the future of West Ealing Neighbours. The background to this is that the constitution states committee members can serve no longer than 5 years. Several committee members are now reaching their 5th anniversary, including the Chair (David) and Vice Chair (Eric) therefore new ideas and new individuals are being sought by WEN to take us through the next phase. A fair few individuals hesitated at the thought of not being able to devote time to WEN, or have an idea exactly what they were volunteering for! – those committee members present re-iterated that involvement is not onerous and all of us have started our own projects that we believe in and therefore are prepared to put the time in for the projects to succeed.

Coming along to the meetings to see what goes on is the best thing to see what happens and offer up ideas.

More discussion took place on the nature and format of WEN meetings to make them less like work meeting and more like social ‘gatherings’ offering wine, nibbles and an informal environment.

David Highton concluded that the next 12 months should be about transition to look at how WEN can be run going forward and any new office holders would be mentored for 6 months by the outgoing office holders. The current holders would therefore stay in their posts until new individuals are in place – with either the same type of structure, or a new one to be agreed.

The next WEN social gathering is to be held on Wednesday 21st March at OPEN Ealing, 113 Uxbridge Road (corner of Culmington) nr the fire station on the 2nd floor Café starting at 7.30pm – wine and nibbles provided. Please come along and bring a friend too! 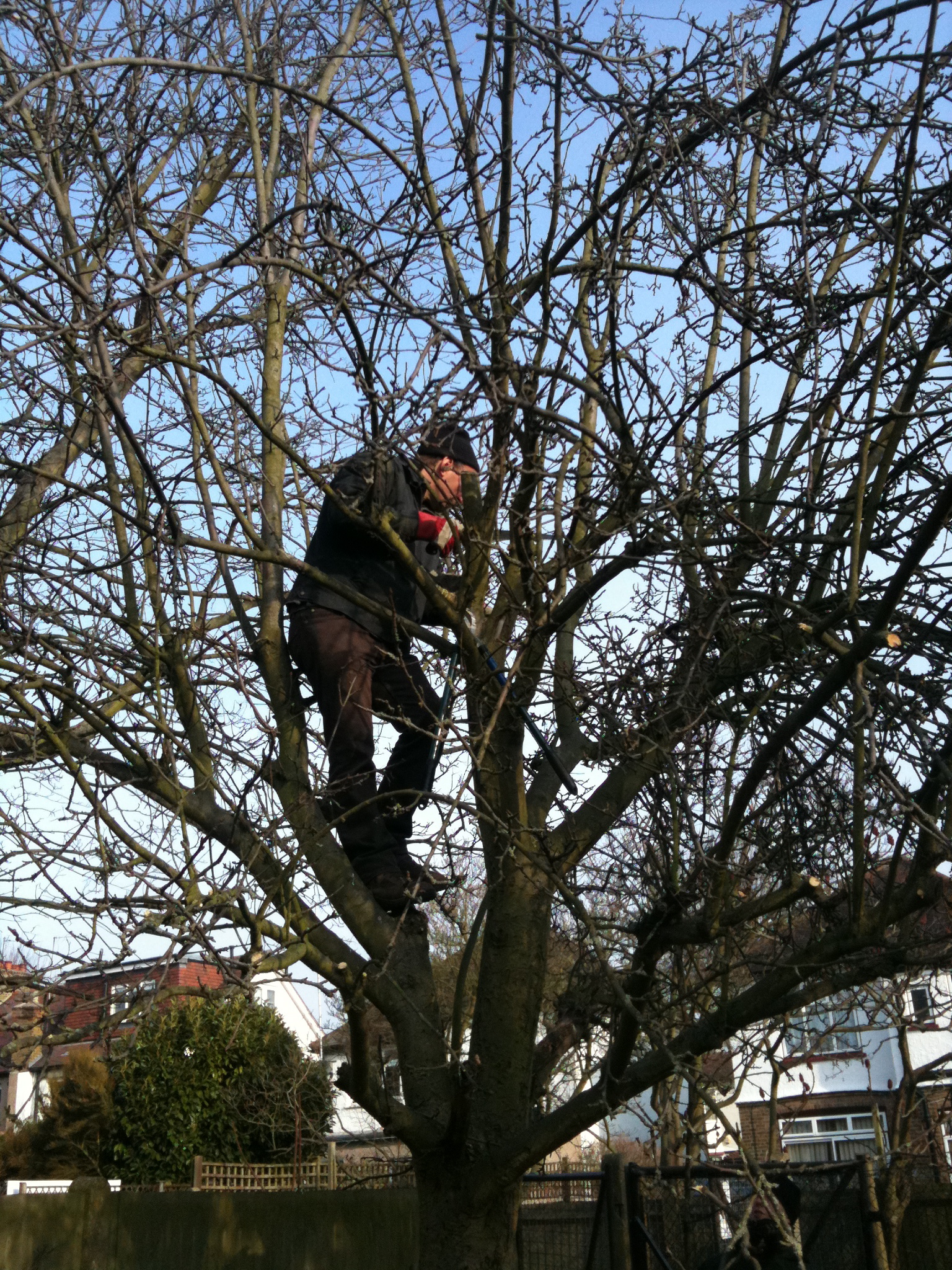 Oh yes we at WEN Abundance and Ealing Transition are a hardy lot!  We braved the freezing cold on Saturday 4th February to be part of a pruning workshop at our lovely little Orchard at Walmer Gardens. The London Orchard Project are doing a fantastic job helping us and brought in an expert to guide us through the day.

With some dedicated volunteers and support – including Jon Skoyles, Ealing Park Ranger, this Orchard has undergone a complete transformation. It will take a couple more years of pruning, planting and caring for the place but we know it will be worth bringing this place back to life.

Next up is the beehive Ealing Transition will be setting up around April – I’ll let you know exact dates when confirmed should anyone be interested in coming along.

Here are some pictures of the day (click to enlarge).

This will be our second Family Day and it will be even bigger and better than last year!  We have managed to secure Opera Viscera who will be at St James Church running a children’s workshop at 1pm and later on that day at 3.15pm there will be a performance by this exciting collection of young artists.

The Family day will stretch from St John’s Church on Mattock Lane to St James Avenue. There will be food, live music across several locations, an extended farmers market, children’s activities, WEN Abundance will be selling our popular jams and chutneys and for the first time our very own apple juice!

This is a great way to celebrate life and the community in West Ealing after the shock and destruction of the recent riots.

WEN Abundance are coming into our exceptionaly busy phase with apples and pears coming out of our ears ready to be picked. If you are free, particularily during the daytime this week or next I would love to hear from you.

Most of our picking takes place in private gardens, we have equipment for you to use and will offer safety guidelines too.

We use the fruit in a variety of different ways from juicing through to making our own jams and chutneys. Any money we make from the sale of the produce is ploughed back into the project to help us buy equipment.

So if you want to help us reduce waste please offer up some of your spare time.

Contact me on here, or by email to wenabundance@gmail.com

Well it looks like the Police have been successful in moving the drinkers out of Dean Gardens; instead they seem to have taken up residence in Green Man Passage.  For those of you not familiar with this cut through, it is accessed via Alexandra Road by Waitrose and takes you in-between the Cancer Research shop and Seba Electronics in West Ealing Broadway.

There are two Happy Child Nurseries based there which makes the experience even more unsatisfatory for those of us that drop of and pick up our children. I often walk in to the entrance of the Nursery passing groups of drinkers sat on the wall by the entrance.  Rubbish is often strewn along the route and in a small passage near the baby Nursery.

At our recent public meeting Paul Dunn talked about potential solutions to this growing problem – including gating and locking this area at night.  This can only be a good idea, but still doesn’t tackle what goes on here during the day, pretty much everyday.

Yesterday at the Alexandra Road entrance I witnessed addtional activity that I won’t go into to detail on here, but leads me to think that it’s not only drinking that is the issue.

If anyone has any ideas on what can be done, I would love to hear them.

After the prayer meeting on Ealing Green we had an early dinner in Carluccio’s.  I booked a table knowing my son would be most upset if it was too busy.  For the first time in the 7 years I have lived in Ealing the place was practically empty. And remained so until we left around 8.30pm.  Walking back to West Ealing along Mattock Lane we stopped off to look at the preparations for the   Shri Kanagathurkkai Amman Temple chariot festival tomorrow.  We then carried on along the Uxbridge Road home – West Ealing was like a ghost town, incredibly depressing to see.

Let’s please support Ealing and the local traders however we can, they need us more than ever.