By a surprisingly large majority of 10 votes to one, the Council’s plans to redevelop the Gurnell Grove site were rejected at last night’s (Wednesday 17th March) planning committee.

The Save Gurnell team has run a very effective campaign against these plans – which would have meant the loss of Metropolitan Open Land and over 150 mature trees along with the building of six 17-storey tower blocks.

Let’s hope the Council now takes time to learn lessons from this and works with local residents to design a more appropriate scheme for this site. 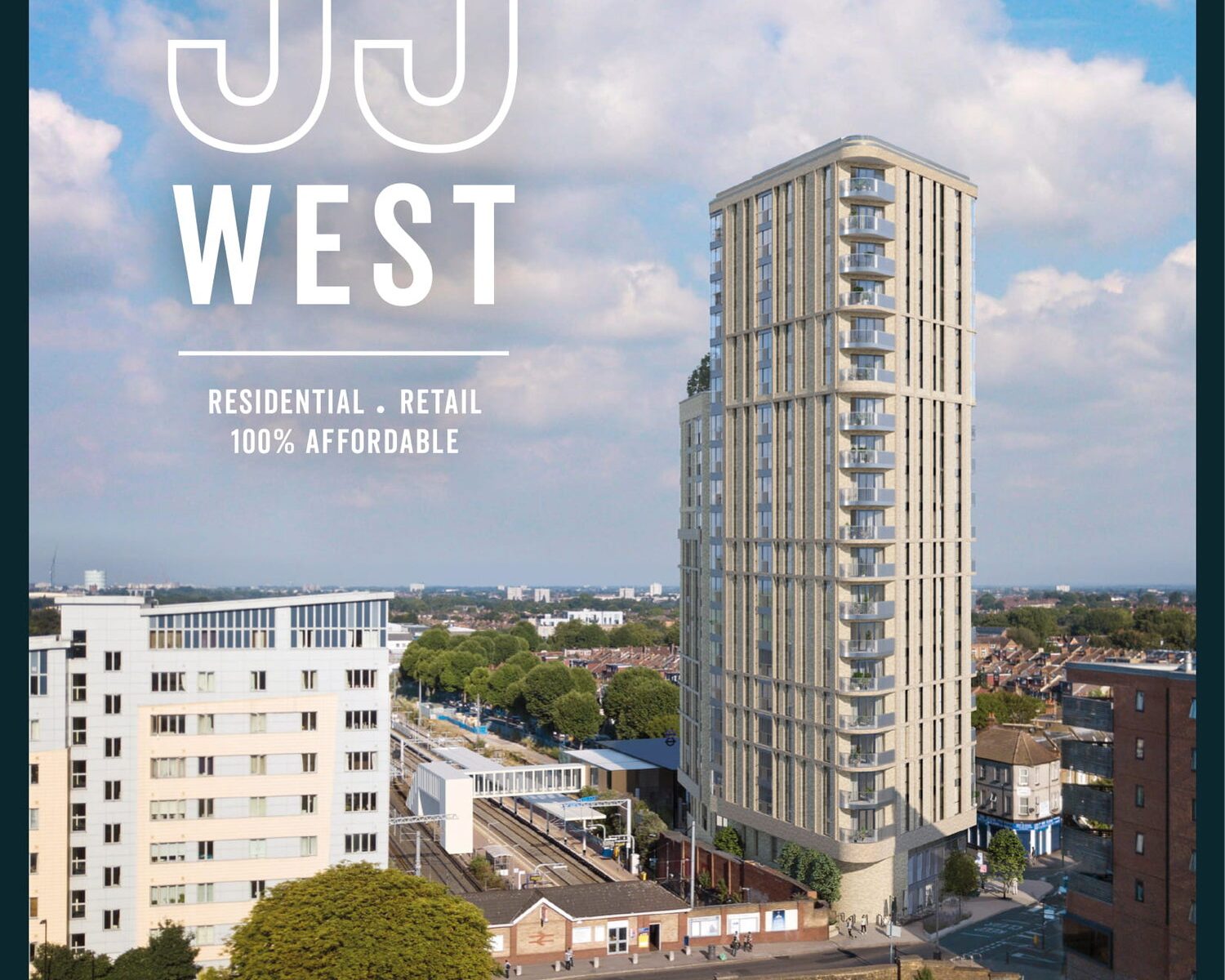 No great surprise. Southern Grove and Thames Valley Metropolitan Housing are appealing against the Council’s decision to refuse permission for their plans to develop the site next to the new West Ealing railway station. (Read background here)

The very first plan from the developers proposed a 26-storey tower on this site. This was modified to 20-storeys after much local opposition. The Stop The Towers group organised a very effective campaign against what was seen as overdevelopment. Come decison time last October and the Council, somewhat surprisingly, refused permission. This will now go to appeal. This story has some way to run yet, so we will update this when we hear more. 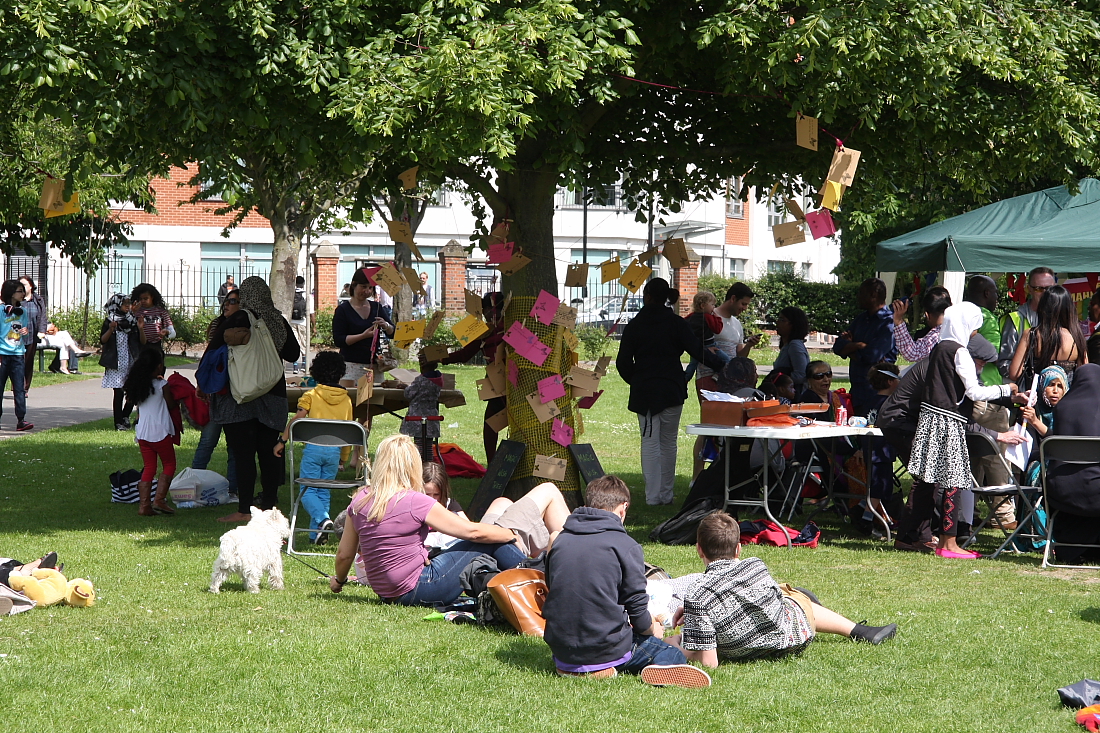 We have posted about improvements and a redesign of Dean Gardens many times on this blog. Sadly, the most recent plan for a major redesign of the park has been caught up in TfL’s serious financial problems and the plan, which was part of the TfL funded West Ealing Liveable Neighbourhood scheme, has been put on hold for the immediate future.

However, a small amount of funding has now become available from TfL and there is now the possibility of making some low-cost improvements to Dean Gardens

Possible low-cost projects could be ones such as adding some one or two new items of play equipment to the toddlers area; a couple of raised beds for a community garden corner; resurfacing the cycle route at the back and so on.

The Council wants to hear your ideas for these sorts of improvements and will be running an online workshop about this next week. If you are interested in getting involved please go to the following link to a Doodle calendar to give your availability for this workshop.

Last night’s special planning committee meeting (Wednesday 10th March) gave the go-ahead for the Council’s own plans to redevelop its Perceval House site next to the Town Hall. Its plans include a controversial 26-storey tower which will dominate the area. We have covered this story previously here.

Despite over 2,000 objections the committee voted in favour by seven votes to three with three abstentions. The final decision will lie with the GLA and the Secretary of State for Housing, Communities and Local Government. 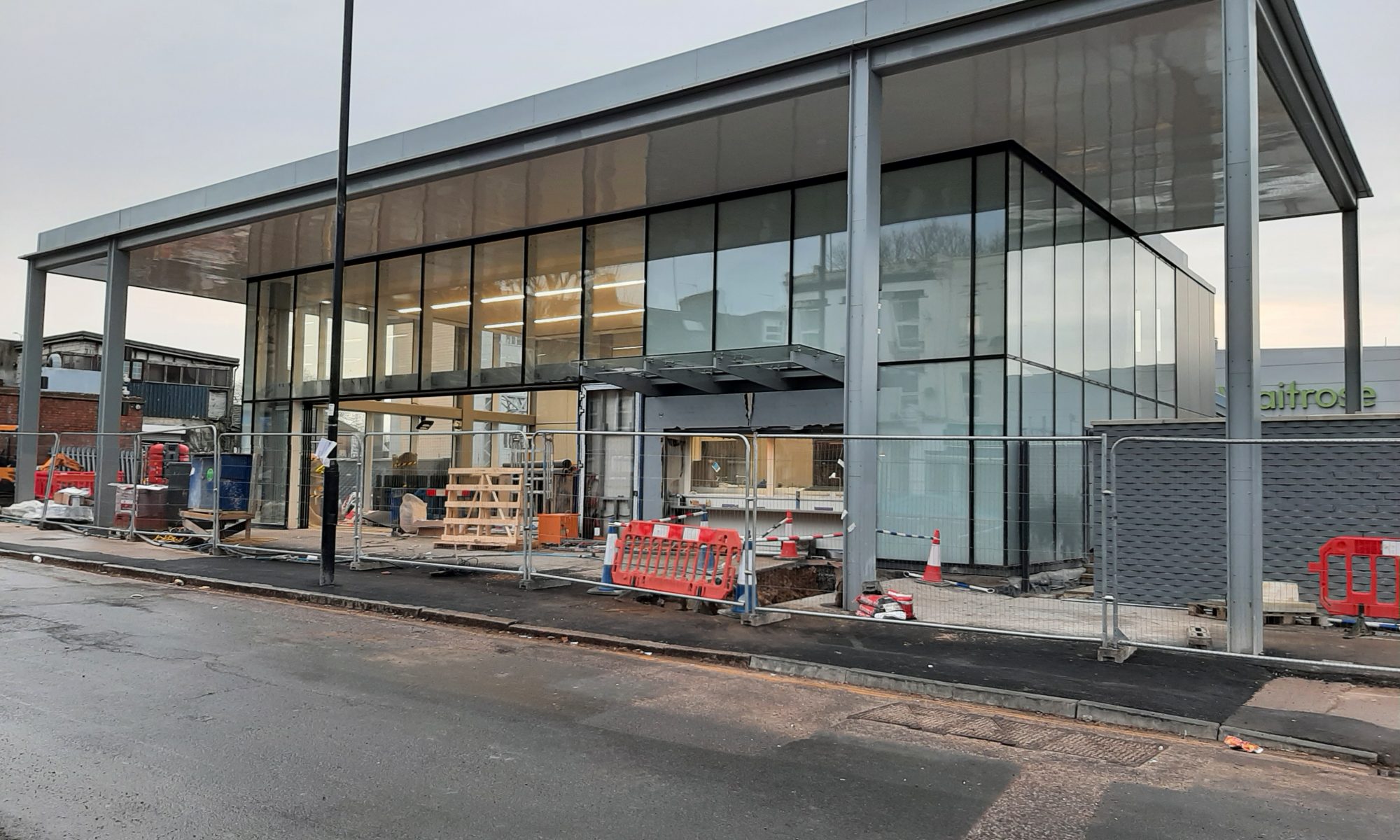 It looks like the new station for West Ealing is getting close to completion. It should be open for business in the next few weeks. You can read what the recent Crossrail newsletter says here

It seems likely that once the new station is open more people will use the Jacob’s Ladder footbridge to access the station. That raises the question of what is being done to improve the safety and security of this tired old crossing? It’s just about inaccessible for anyone with mobility problems or parents with pushchairs which is contrary to Crossrail’s ethos of accessibility for all its station.

WEN has raised the poor state of this footbridge for years but next to nothing has happened to improve its physical state and its poor reputation for anti-social behaviour. The TfL funded Live West Ealing project had set aside some money to improve the access to the crossing at both ends. The project was put on hold due to pandemic and its impact on TfL’s funding. However, the project is about to re-start so we will ask about plans for Jacob’s Ladder and report back here. 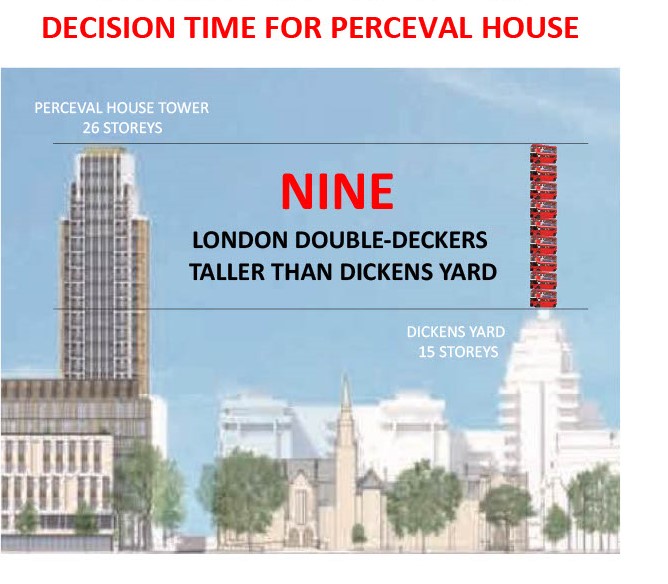 Ealing Council’s plans to redevelop its Perceval House site next to the Town Hall looks like coming back to the planning committee on 10th March.

The plans for a 26-storey tower and other buildings on this site went to the planning committee first on 17th February. At that meeting a decision was postponed by the committee as it sought changes to the housing mix. The Ealing Today website has the full story of this 17th February meeting.

West Ealing Neighbours has objected to these plans for a range of reasons such as being out of keeping with the area, dominating nearby buildings, lack of affordable housing and more. Late last week WEN received a letter from the Council with details of a revised proposal – . The application number is 203275FULR3.

At first glance, it does not seem that the revised plans are very different to the original. The Stop The Towers group has just posted a newsletter on its website which takes a closer look at these new plans and lists reasons to object. Again, the reasons include:

Loss of light and overshadowing

Not really affordable and lack of family homes

Homes not for local people