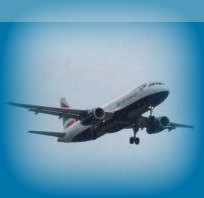 Are you disturbed by the noise from Heathrow aircraft? Are you tired of squeezing onto the Piccadilly line? Are you worried about the levels of pollution in the air?

If you are, then join the fight to stop Heathrow expanding or it’s going to get a whole lot worse.

BAA, owners of Heathrow, have been lobbying hard for expansion, most recently arguing that our troubled economy can only be brought back to life by building a third runway. This is as nonsensical as it sounds. Heathrow already has better connections to key business centres than any other European airport. 127 million passengers travelled through London’s airports in 2010, more than any other city in the world. To expand Heathrow as a hub (ie a place where people change planes) may boost the profits of BAA but the economy needs people who see London as a destination.

If you are one of the 720,000 people already disturbed by noise from Heathrow or concerned about the effect the airport has on our local environment or wider climate change, then now is the time to make your voice heard.

What you can do

• complain to BAA each time you are disturbed by aircraft noise by phoning 0800 344 844 or emailing noise_complaints@baa.com Complaints are a key indicator the government watches.
• write to your MP to express your concerns and to your local councillors to urge them to become more active in the Heathrow debate.
• respond to the government’s consultations. The Department for Transport’s current consultation covers aviation noise and environmental policy.
• join the Ealing Aircraft Noise Action Group. For £10 (£5 concessions) we will keep you up-to-date with developments and use the funds to campaign on behalf of Ealing residents. Our website, www.eanag.org.uk outlines some of the key issues, links to relevant documents (including the government consultations) and gives more information about what you can do.

We need to let our politicians know our strength of feeling and that their re-election depends on them saying NO to BAA.

3 Replies to “No more expansion at Heathrow”