209 homes built and maintained by Ealing Council make up this estate. Many of the homes are what we used to call council houses but some are privately owned. The estate fills almost four acres and is bounded to the north by Tawny Close, to the west by Seaford Road and to the south and east by Sherwood
Close/Northfield Avenue.

The Council, effectively, admits it designed and built an inadequate estate and has failed to maintain it properly. Now it wants to knock it down. We’ve heard all this before at Green Man Lane Estate and at Copley Close. (For reasons not immediately apparent the Council has abandoned its current plans for Copley
Close).

The Council says that it’s consulted the Dean Gardens Estate residents who say they want the estate demolished and a new estate built. The Council pulled this stunt with GMLE residents. What is now being built at GMLE is actually fewer Social Rental homes than existed in 2010 (from 369 to 334). Best estimates are that at the completion of the new development less than half of the current 799 residents (ie around 400) will be part of the new community of 2,000 residents.  Those who owned their own homes are being driven out by the use of Compulsory Purchase Orders which value their homes at very low levels.

The most idiotic part of this Public Consultancy process is that WEN and local residents are being asked their views on an unknown set of requirements and designs. All we do know is what is in the as yet unapproved September 2010 Local Development Framework Development Sites DPD. It proposes ‘Council-led housing regeneration involving redevelopment and replacement of existing dwellings with a mix of new dwelling types and tenures’. It is proposed to demolish 209 homes and build 290 new homes and if the GMLE model /template is applied we will finish up with fewer Social Rented homes here than we have now.

So I guess the question we are being asked here is do we want this estate to be redeveloped. My answer is no, I want this estate to be refurbished and caretakers installed to run and maintain the estate effectively. Both national and local government keep on telling us that we have huge debts and we need to make swingeing cuts. Here’s a great opportunity for no-one to take on more debt. The cost of refurbishment, insulation and improved maintenance of the existing homes will be nothing remotely like the £50 + million needed to build these 290 new homes.

If you want to inform the Council of your views you should address them for the attention of to Mumta Ganatra at deangardens@ealing.gov.uk  You have until 22 August to do this.

There are plenty of early blackberries about it seems and it looks as though we should be able to have an inaugural pick on Sunday August 7 at 7pm. We’ll meet at Mayfield School, High Lane, Hanwell, W7 3RT and set off about 7.15.

We will almost certainly pick again – but we’ll decide on the exact date after this Sunday. We’ll bring some tupperware to collect the blackberry donations for WEN, but bring your own, too, so you can take some home.

St Helena’s Home at 51 Drayton Green has now been completely demolished and the rubble removed. Now the land owners – Notting Hill Housing (NHH) – want to try again and design a residential development which not only Ealing Council Planners will accept but hopefully local residents, the church and school next door will be happy with.

An exhibition is being mounted by NHH at the next door International Presbyterian Church (53 Drayton Green) on Thursday 4th August from 4:30pm to 8:00pm.

The plans feature a less dense residential development than has been proposed prevously. NHH’s first proposal a few years ago was for 91 homes and its current ‘Pending’ application with Ealing Council is for 31 homes. The new plans are for 21 new homes – 17 flats and 4 houses.

The letter circulated to local residents tells us that ‘the proposed development will improve the appearance of the surrounding area’. Well….come along to the exhibition and make up your own mind on that score.

I just went to check the blackberries in the bunny park – and got some lovely photos of rural Ealing – the blackberries aren’t far off ready (another couple of weeks till the Big Pick -if you’re interested in getting involved  in this community activity and maybe subsequent cooking, email  wenabundance@gmail.com). Anyway, thought you might like the pix (click images to enlarge).

It should come as no surprise that many of our names have royal connections, partly for patriotic reasons but also reflective of the fact that Duke of of Kent (1767 -1820) Edward Augustus, father of Queen Victoria lived at Castle Hill Lodge from 1801-12. A replacement house was built in 1845 and a small part still exists and is now occupied by St David’s Home. So we have Kent Gardens, Regina Road/Terrace and Victoria Road/ Cumberland Road in W5/W7.

END_OF_DOCUMENT_TOKEN_TO_BE_REPLACED

Last night I attended the first Ealing Council LDF Advisory Committee Meeting. The Local Development Framework is our National Government’s ‘vehicle’ for Local Authorities to define their preferred use of land within their borders for the next 15 years.

Attendees attending the meeting who were allowed to speak were seven Councillors and a handful of Council Officers. I was one of a precious, small group of residents who were invited to attend as observers. It reminded me of attending a lap dancing club where you could watch the girls ‘dance’, but you were not allowed to touch them.

Chairing the meeting was Leader of the Council Councillor Julian Bell. He was on his first day of holiday from his day job at The Houses of Parliament.

END_OF_DOCUMENT_TOKEN_TO_BE_REPLACED 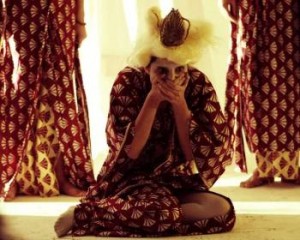 The first floor studio at OPEN Ealing was absolutely packed last night with over 100 people coming for the premiere of Opera Viscera’s Narcissus and Echo.  I make no claim at all to be able to write a review of the opera’s music and song but having managed to squeeze in right at the back I do know I thoroughly enjoyed the performance and did not find myself fidgeting or looking at my watch.  Without doubt it was what I would call a modern opera so some sharp edges and notes but totally listenable to and watchable. The sustained applause at the end said it all for me and talking afterwards to people who do know about opera the verdict was one of universal approval for a thoroughly well written and professional production.

And from one high note to another, if I put my OPEN Ealing hat on, I can honestly say the opera company brought the building alive during their three week stay. They showed just what a buzz there can be in this one-time office block if we can get the building full of people and activities. Opera Viscera gave us a glimpse of our future if we can make the venue a success and I like what I saw – and heard. Thank you Opera Viscera.

Local artist Nadja Gabriela Plein is working on a series of
portraits of people who live and work in Ealing. She is looking for people
willing to sit for her in her studio at OPEN Ealing on the Uxbridge Road. The
pictures will be shown in an exhibition early next year.  Everyone she paints will be given a free photograph of their portrait.

I’ve been meaning to write this up for a while so have finally managed it.  If you’re ever looking for someone to frame your pictures keep in mind an outfit called Accession. Accession is a local social enterprise that works with highly marginalised long-term unemployed people. So, for example, their picture framing unit is based down at the West London Mental Health unit near Ealing Hospital.

One of our artists at OPEN Ealing uses them regularly and says they are good quality and excellent value which sounds good to me.

You can find out more about Accession at http://www.accessionpartnership.com/

For well over a year, probably even two, the stalls in the weekly farmers’ market have been waiting to plug in their lights and equipment to the specially installed power points in Leeland Road. Some years back when Leeland Road was smartened up with new pavements power points were installed in some of the street bollards. The trouble is, so I’m reliably informed, the last time someone from the Council turned up to give access to these power points, which was some months ago, they had the wrong key and so this dismal saga still drags on.

On top of this, almost 18 months ago, the Walpole Ward Forum agreed to set aside about £10,000 to pay for power points in Melbourne Avenue for the traders there to use. As with Leeland Road the traders were more than happy to pay for the power they use but, as yet, almost a year after the completion of the improvements to Melbourne Avenue there is still no sign of any power points being put in.

This has been dragging on long enough. Please Ealing Council can this all be sorted out soon!