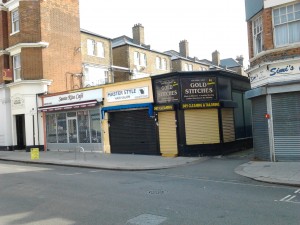 The Santa Rita café (on the left) has been closed for a while and rumour has it that this site is to be redeveloped and flats built above. Not necessarily a bad thing but with local house prices climbing ever higher, partly driven by Crossrail, there is likely to be more and more of these infill-type developments. 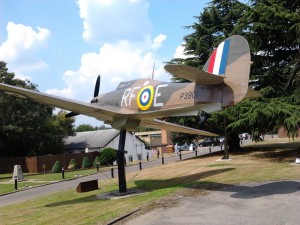 Just thought I’d write this as it may be of interest with the school holidays upon us.

We were  part of a group that had a guided tour of the Battle of Britain Bunker at RAF Uxbridge. There are guided tours on weekdays at 10am and 2pm. You need to book but the tour is free though they do suggest a £3 donation per person.

The heart of the visit is a descent down about 70 steps (didn’t actually seem that many to me) to the Operations Room. This is the one you see in the films with the big map and the WAAF team  moving the  blocks around to show where the enemy aircraft and  RAF fighters were. What strikes you is just how much information there was in that room for the Controller to absorb – available fighters, how long they’d been in the air, what reserves were available and then to use all this to decide over what air space to put the fighters to counter the enemy formations. During the Battle of Britain one person, Group Captain Lord Willoughby de Broke, was primarily responsible using the map and all manner of other information to oversee this country’s air defences. When you sit in that room you understand just how big a task that was and how much rested on his shoulders when he made decisions. And, in our age of technolgy, it’s an eye-opener to see how the Operations Room worked and information kept  up to date using a simple but very effective colour coded clock and coloured lights on a board showing the status of aircraft at the main sectors in southern England.

It’s a guided tour and includes a 20 minute film about the Battle of Britain – never shown on TV or at the cinema apparently. There is also a series of rooms with all manner of RAF and other WW2 items to look at. Apart from the two planes on display in the grounds there are no other planes to be seen as it was always an operations/admin base.

It’s well worth a visit if you’re at all interested in this part of our history. Full details are on their website – http://www.raf.mod.uk/battleofbritainbunker/

I know this is W7 and not W13, but I thought this new Cafe deserved a mention. Just opened last Tuesday I managed to vist at the weekend and talk to the new owner. It’s been busy since opening and looking at the decor and food on offer I can see why! We visted when the brunch was on offer, it’s a shame I was going out for lunch later otherwise I may have been tempted to order their eggs benedict or buttermilk pancakes. Instead I opted for a cappuccino. We sat outside and enjoyed the sunshine. Another welcome addition to Hanwell and a great representation of how West Ealing COULD be going forward. Check their Facebook page out and ‘like’ them. 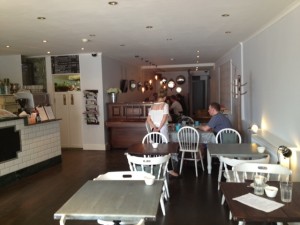 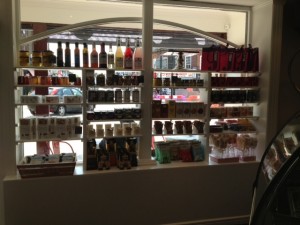 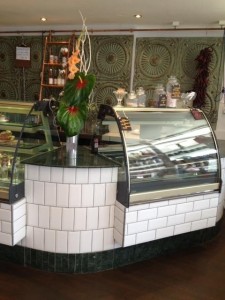 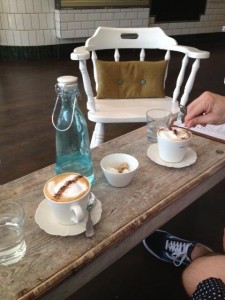 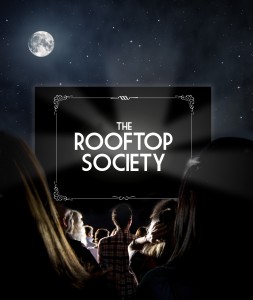 Ealing Broadway BID and Land Securities, in partnership with Ealing Council, are bringing a cinema back to Ealing, the home of London film.

From Wednesday 31st July until Sunday 8th September the seventh floor of Springbridge car park will be transformed into Ealing’s very own secret rooftop garden, and home to London’s favourite outdoor cinema the Rooftop Film Club. We are opening our garden to our friends, special guests and those in the know.

Come and join us from 7pm for a spectacular sundowner show with one of the best views of the sunset in London. After the lights go out, join us for an eclectic cinema programme, with the finest in cult & contemporary classics, including a few voted especially by you.

Feeling peckish? Take advantage of our ‘Best of Ealing’ kitchen – order from your local favourite restaurant (menu & numbers provided at our bar) and get it delivered directly to your cinema seat!

The cinema runs from Wednesday 31st July to Sunday 8th September, 5 nights a week (Wednesday to Sunday) The bar opens at 7pm each night, and the cinema starts at sunset. The event closes at 11.30pm. 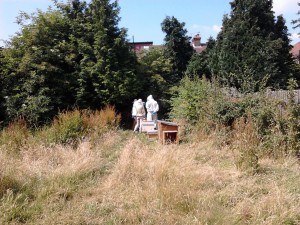 Beekeepers – from a safe distance

I know it’s a bit far away but the Ealing Transition beekeepers arrived this morning as we were tidying up around the apple trees in the Walmer Gardens orchard. I thought I’d take a look at what they were doing but saw lots of bees swirling around the hive so decided this is as close as I’m going. The bees get a weekly check and I’m told they are doing well. Last year was tough going for them so I hope this year is better and they can produce some honey.

As for the apple trees – they have a decent crop on this year. Last year was dreadful. So, looks like apple juice come September.

Our Abundance blog is the place to keep up to date with all these things  – http://westealingabundancew13.wordpress.com/about/ – and don’t forget we have Elderflower Cordial for sale through the w7emporium in Hanwell. 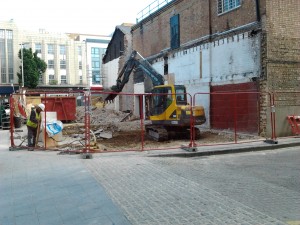 This is the first of an occasional series of updates on the progress of the new hotel in West Ealing. I took this photo at about 9.30 yesterday morning (Thursday 11th July). The site is almost fully demolished. The wall behind Dean’s flower stall is the only bit still standing. It’s only function seems to be to hold up his awning. He tells me his awning will be attached to the wooden hoarding when the wall finally comes down. I think they have to dig up all the concrete base next so they can start on the foundations.  That could prove a bit noisy so be warned.

Oh, and one more thing – there’s talk of possibly adding another storey to increase the number of hotel bedrooms. Whether this is serious  or not we shall see. There are questions about impact on light on O’Grady Court and other nearby buildings but it does seem to mean the developers or hotel chain see this as a sound commercial opportunity and are willing to invest in West Ealing.