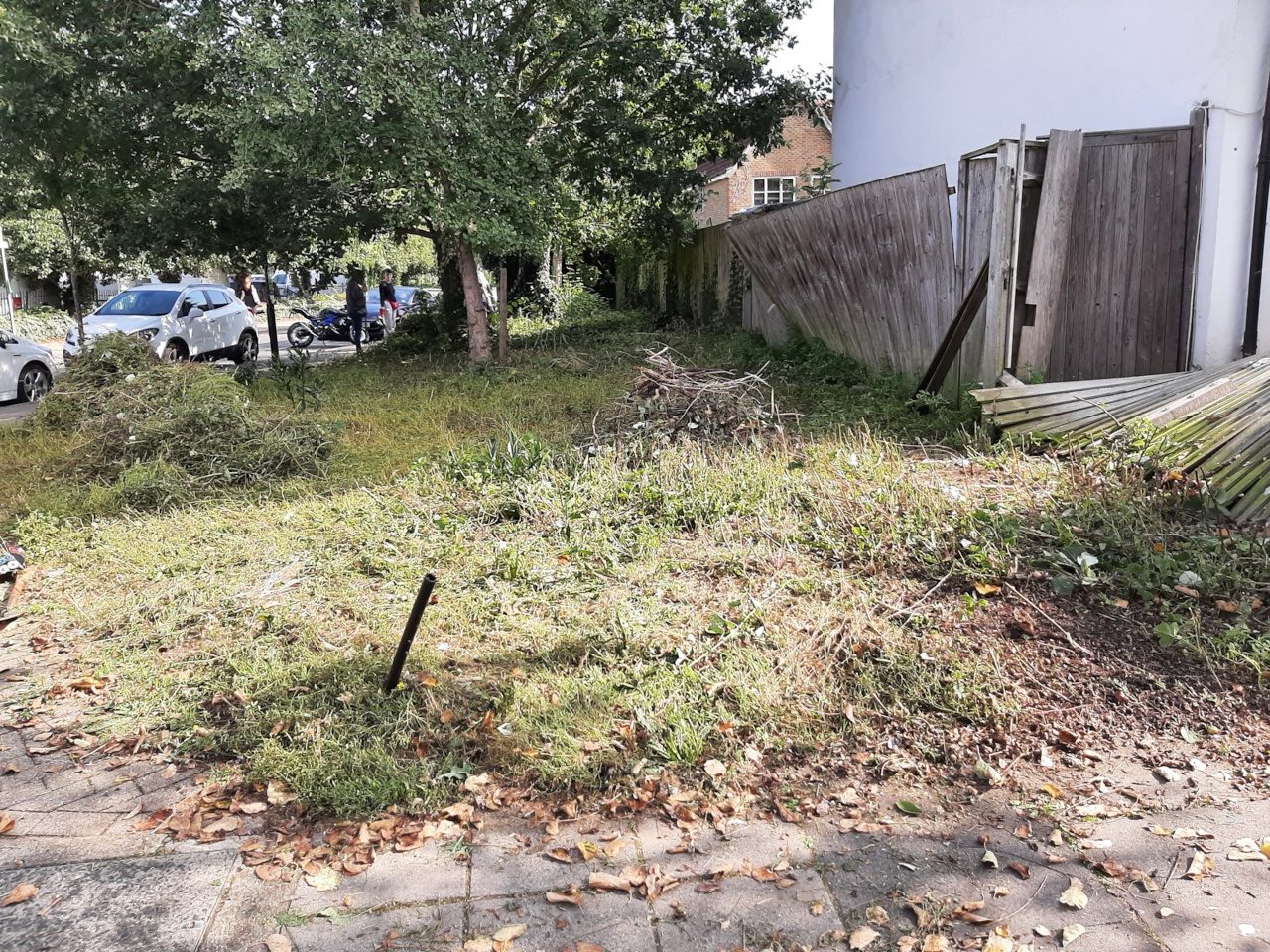 One of West Ealing’s neglected green spaces is on course for a revival. The overgrown patch of land on Leeland Terrace by the corner with Seaford Road was cleared this morning (see main image) by a group of local residents as the first step in bringing it back to life. This is one of three neglected green spaces where the Council is working with West Ealing Neighbours to encourage local residents to take over and maintain. The other two are the corner of Singapore Road and Eccleston Road and a small area near the entrance to Sainsbury’s.

The initiative has arisen from the West Ealing Liveable Neighbourhood (WELN) project. Even though the main TfL funded WELN plans are on hold, the Council is keen to push ahead with these community greening projects. To publicise these projects, West Ealing Neighbours leafleted the local streets as well as using its blog and Facebook page to encourage local people to get involved. With each site, the aim is for local residents to come up with ideas for what they would like each site to look like and then with Council approval put their plans in to action. The transformation from being neglected to being loved will only be successful if each project is rooted in the local community where people care about how their area looks.

There has been an enthusiastci response for all three sites and today saw a group from Seaford Road and nearby streets get stuck in to clear away the weeds and undergrowth as the first step to transforming this quite large site.

There’s still time to get involved in any of the three sites. if you’d like to volunteer to help please email us at westealingneighbours@gmail.com and let us know which site you’re interested in.

Following the results of a consultation about the Low Traffic Neighbourhoods which showed strong opposition to most LTNs, a report recommends that most are scrapped.

LTN21 for the south West Ealing area was scrapped a while back when Swyncombe Avenue was closed for road works. Now LTN20 which covers the area in West Ealing north of the Uxbridge Road to the railway line is one of the seven LTNs set to be scrapped.

The final decision will be made by the Council’s cabinet on the 27th September. The proposed scrapping is strongly opposed by Better Ealing Streets.

The full story is available on the Ealing Today website.

Ealing Matters’ latest newsletter has an useful update on the developer’s appeal against the Council’s decision to refuse their application for a tall tower in Manor Road next to West Ealing station.

The appeal against Planning Committee’s decision to reject this application for a 20-storey tower block took place online during the last two weeks of July. The appellant employed one of the country’s most respected planning barristers Christopher Katkowski QC, to argue their case. Stop the Towers (STT), whose campaign helped to secure 2,400 public objections including one from local MP James Murray, fought hard to uphold the decision. By contrast, the Council failed to field a single officer, relying instead on a consultant who had never previously worked on the scheme to make its case.

Mr Katkowski seized on the Council’s failure to publish any information about Ealing’s house-building programme for the last six years (the AMRs referred to earlier) to argue in his summing-up that the decision should be tilted in favour of his client, and used it further to lodge a claim for costs against the Council. If successful, not only will it be we as taxpayers who will have to pay for the borough’s negligence in this case, but it will subvert our elected representatives’ ability to reject officer recommendations for other schemes for which there are otherwise perfectly reasonable planning grounds to do so.

After being rejected by Ealing’s Planning Committee on 17 March by 10 votes to one with two abstentions, this application was submitted to the London Mayor for a final decision. Sadiq Khan chose not to intervene, so this particular scheme is now dead. Since then Save Gurnell has been campaigning for the leisure centre to re-open. Cllr Mason appeared alongside campaigners on BBC London’s Drivetime programme on 17 August to argue that it would cost £18 million to bring the complex up to standard. We are aware that a number of refurbishment options have been considered, but that only the most expensive one has been shared with the public. Are we being softened up for a new planning application?

With thanks to Eric Leach for his contribution to this latest issue. Contributions that you think would be of interest to Ealing Matters member groups are welcome. 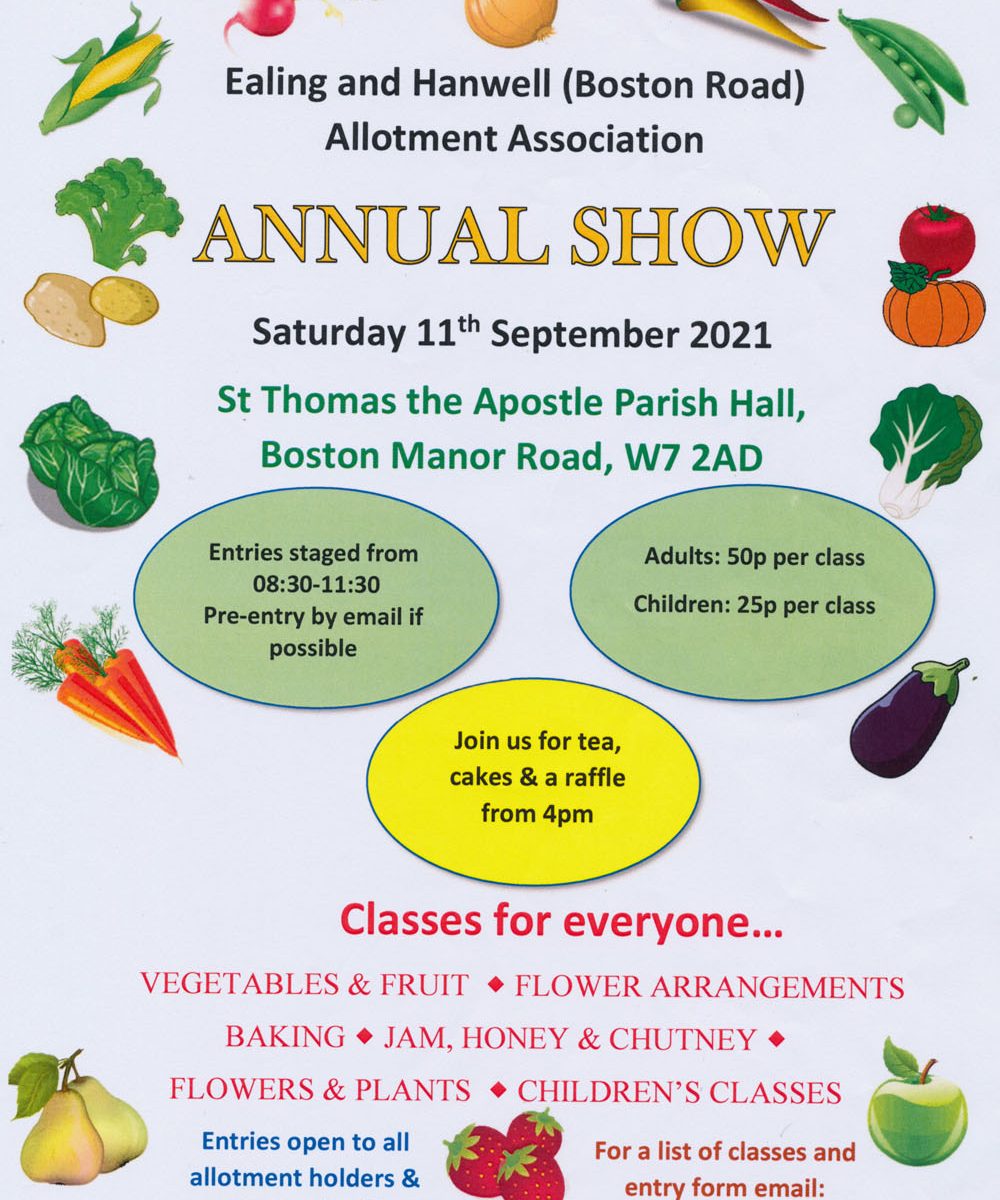 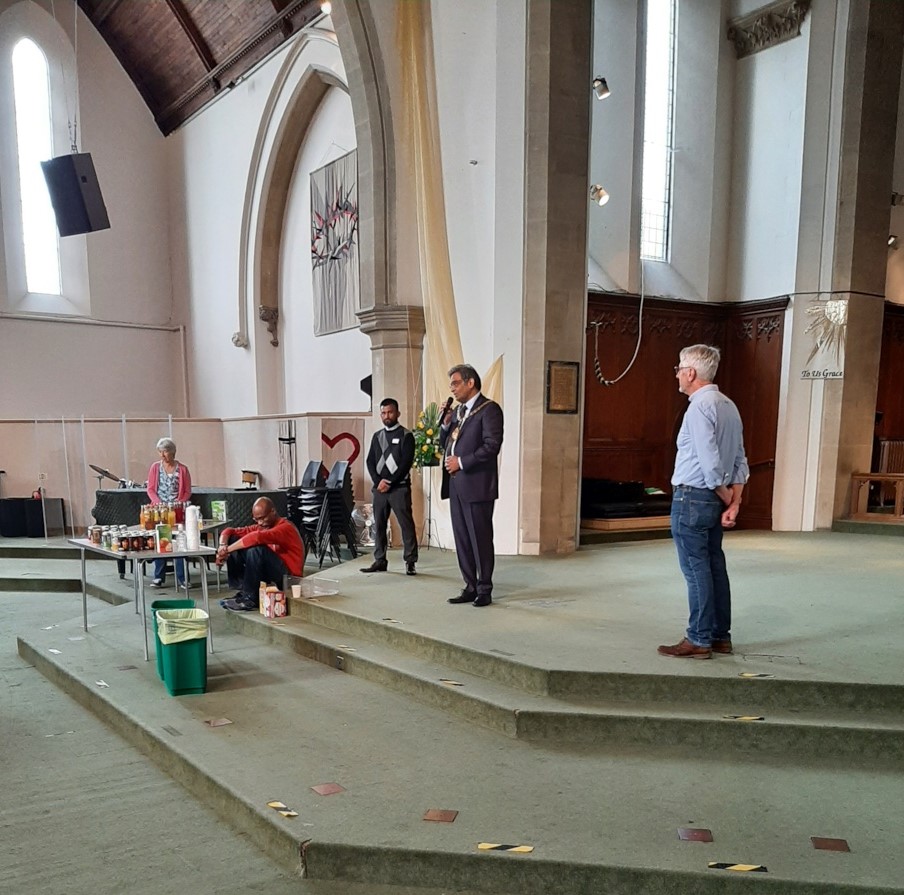 On Saturday afternoon I was privileged to be at St John’s Church in Mattock Lane to join many of the 110 volunteers who have helped deliver over 40,000 Covid vaccinations in the past seven months. Their job is not yet finished but it was a well-deserved moment for them to celebrate their achievements so far.

This vital vaccination service is a collaboration between the Mattock Lane Pharmacy, St John’s Church and over 100 volunteers. Rajan Shah of the pharmacy team worked hand in hand with Mark Melluish and his team at St John’s Church to set up a Covid vaccination centre which has now been operating for seven months and looks likely to continue for a while yet, especially if there is a booster vaccination programme this autumn.

One of those 40,000 vaccinations was my second jab in late April. I can remember the calm efficiency of that occasion. West Ealing has been very lucky to have this service in the heart of its community.

Saturday’s event was a time to celebrate what has been achieved so far. It was marked by a heartfelt thank yous to the volunteers from the Mayor of Ealing, alongside Rajan Shah and Mark Melluish. The volunteers are from the local community as well as members of the church. Let me add a thank you too from West Ealing Neighbours.

The vaccination centre will soon be the main one for Ealing and it now operates a drop-in service for all those eligible for a vaccination.

Ealing Council has published the results of its recent consultations on Low Traffic Neighbourhoods. The results show strong opposition across most LTNs except LTN 48 Adrienne Avenue and a part of LTN 21 in Hanwell – Deans Rd/Montague Ave where the majority of residents were in favour.

The Council hopes to make its final decisions in September as it has to meet new government guidance on justifying the removal of any LTN.

Only a few days left to give your views about possible changes to private rental in Ealing. This is the Council’s press release:

‘We’re considering making some changes to our property licensing schemes, to make private renting in the borough safer and better.

Since 2017, many privately rented homes in Ealing have needed a licence to be let. Licensing has been a big success, delivering safer homes for tenants, more support for landlords, and a reduction in neighbourhood nuisance and anti-social behaviour.

The new proposals would mean that the majority of houses in multiple occupation (HMOs) and all rented properties in 15 wards of the borough would require a licence. Under the schemes, a licence holder would have to comply with several conditions relating to their property, including gas, electrics and fire safety.

But before any decisions are made, we want to hear what our residents, businesses and other interested parties think about the plans. To take part in our short survey, please visit www.ealing.gov.uk/prslicensingconsultation by Monday, 16 August.’

After well over over a year of being closed we welcome the re-opening of West Ealing library. Now known as West Ealing Community Library, and managed by Ealing and Hounslow CVS, the library is open from 10am-2pm on Tuesdays and Wednesdays during August.

The library team are looking for volunteers to help with two roles:

For more information on volunteering at the library follow this link 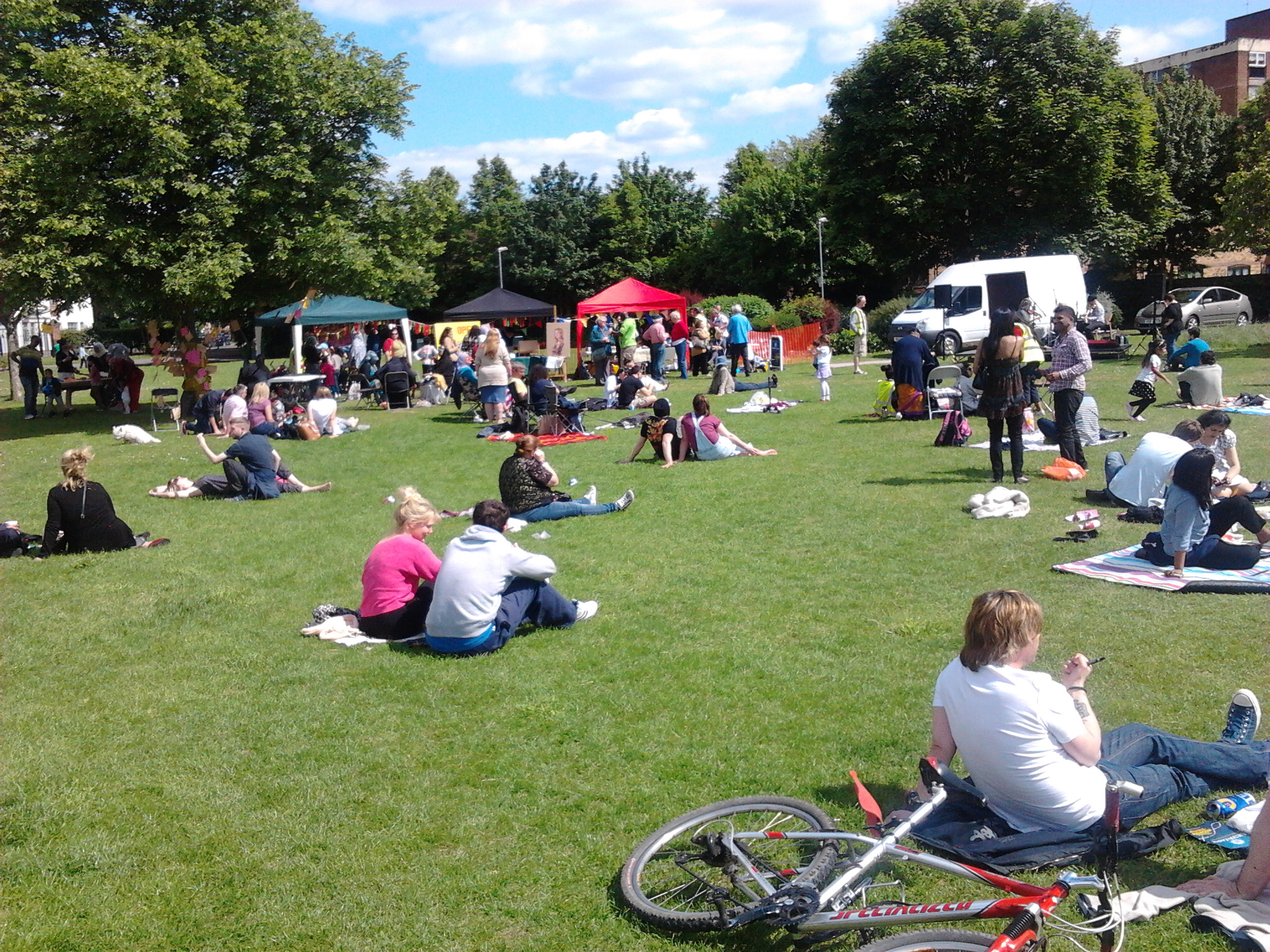 Although the planned redesign of Dean Gardens has been put on hold because of TfL’s Covid 19 financial problems, there are still funds available for some more modest improvements.

If you haven’t had a leaflet about the possible improvements through your letterbox you can still take part in the following ways:

At the park – go along to their drop-in morning at Dean Gardens on Wednesday 18th August 10am – 12 noon to see a display of the proposals and give them your views.

The closing date for this consultation is 30th August 2021.

West Ealing Neighbours received this press release from Friends of Victoria Hall (FoVH) about helping to fund their efforts to save Victoria Hall for community use rather than being absorbed into the plans for a boutique hotel in the town hall.

‘ The latest development in the five-year battle campaign to prevent Ealing’s Victoria Hall from becoming part of a luxury hotel is that FoVH is taking the Government’s Charity Commission to court to challenge its acquiescence in support of Ealing Council’s attempts to take over the property of the Victoria Hall Trust.

Although we’ve done as much as we can to keep legal costs to a minimum, we’ve set ourselves a challenging target to raise £35,000.

To help us get there, an early response is important to inspire others to donate. I’d be grateful if you would make a donation as soon as possible after 9am on the 22nd. It doesn’t have to be a large amount, we need some early activity. (If you would like to donate a large amount, please contact me).

There are other ways you can help. If you use social media please share, retweet the posts that appear over the next few days on
https://www.facebook.com/VHFriends  and https://twitter.com/VhFriends

As well as publicity in local media we’re hoping to generate interest regionally and in the specialist press.

It’s clear that the Charity Commission hasn’t listened to the people of Ealing. It’s ignored hundreds of complaints from local people, over 4,000 signatures on two petitions and detailed submissions from a dozen community organisations.

By rendering the Hall unaffordable, impractical, and unavailable at weekends, the ill-conceived Council scheme would bring to an end to the Hall as the centre of community life in Ealing, easily accessible from all parts of the Borough.

I hope you agree and will put time aside tomorrow or over the next few days to show your support at https://www.crowdjustice.com/case/save-the-victoria-hall/‘